Steady as she goes for the UK’s Secured Loans market

The market for secured loans – or second-charge mortgages – in the UK is expected to accelerate after a disappointing end to 2016, according to analysts. The value of these loans grew by just 4% in the year to December 2016 thanks to the implementation of the Mortgage Credit Directive and uncertainty caused by Britain’s vote to leave the European Union in June. A report by Enterprise Finance found that while the first half of 2016 saw rapid growth in the market, demand fell during the second half of the year. 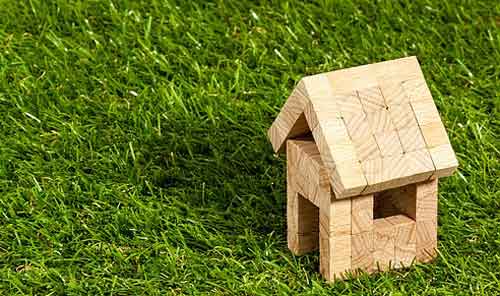 The Mortgage Credit Directive compels loan brokers to offer secured loans as an option to customers as well as other credit products. It also brings secured lending under the oversight of the Financial Conduct Authority instead of just the Consumer Credit Act. Its implementation in March 2016 saw demand for secured loans fall by 41% to £51 million. Enterprise Finance said that growth picked up again in May but then fell again following the Brexit vote.

However, demand for secured loans grew again for the rest of the year and reached £874 million in December 2016, 4% higher than in the same month in 2015.

Fears that the rapid growth in demand for secured loans in recent years might lead to a rise in repossessions appear to have been misplaced. Overall, the number of secured lenders seeking repossession of properties in 2016 was just 144 across the United Kingdom – a fall of 35% compared with 2015. The number of secured loan repossessions as a percentage of average outstanding agreements has been in steady decline since the end of the financial crisis. In 2009, the figure of repossessions was 0.34% but this fell to 0.07% in 2016. Enterprise Finance says that this is because of tighter rules on secured loans since the crash, a trend which it says it expects to continue with further regulations from the directive coming into force.

Overall, the average amount borrowed on a secured loan in the UK last year was £60,000 compared with the average mortgage of £235,000.

Secured loans allow borrowers who already own their own home outright or with a mortgage to borrow substantial sums secured against the value of their property. They are often seen as a relatively safe way to borrow money at lower interest rates than unsecured loans with many lenders now offering secured loans to customers with interest rates as low as 4%.

Figures released by the Finance and Leasing Association found that the slowdown experienced in the second half of last year continued in January 2017. It found that secured lending fell by 6% in the first month of this year despite credit card debt and unsecured lending growing by 11% over the same period. Overall, consumers took out secured loans worth £69 million in January and nearly £900 million in the previous 12 months.

Analysts from Oxford Economics said that they expected new consumer credit to grow by 1.4% over 2017 as a whole – a slower rate of growth than in every year since the end of the financial crisis.

Secured loans are typically used by consumers when substantial sums are needed – often to consolidate other debts, carry out home improvements or to replace a vehicle or book an expensive holiday. Across the UK during 2016, 47% of all secured loans were taken out to fund home improvements with debt consolidation the second most popular reason followed by access to capital and high-value purchases.

Home improvements are the most popular reason for taking out a second charge on one’s property, but we are also seeing people use secured loans for a variety of reasons including debt consolidation and even living expenses such as school fees. Potential landlords are also using secured loans to purchase investment properties and with many high street banks still reluctant to lend to small businesses we are even seeing people use secured loans to help fund their own personal ventures. As the reputation of the sector continues to improve and regulation of second charge mortgages becomes increasingly stringent, then homeowners can feel increasingly comfortable about taking out the products.

The average loan-to-value ratios, loan sizes and first charges the secured loans are sitting behind shows that lender and brokers – not to mention borrowers themselves – are adopting a sensible approach to consumer credit and not allowing individuals to overstretch themselves.

Secured lending growth outpaced that of mortgages early in 2015 with the market growing by 59% up until January 2016 as thousands of homeowners continued to struggle to remortgage their properties in the face of continuing tightening of lending criteria by the major banks.