How mobile apps are revolutionising the way we bank

Online banking is a pretty unstoppable force and we’ve already blogged about the challenges the banking sector faces accommodating those who don’t want to bank online. However, for everyone else it has been a fairly natural switch from telephone banking – or branch banking – to going online. Now, it seems the personal banking industry is embarking on another service revolution.

According to research from the British Bankers Association (BBA) the numbers of people using a website to access their online accounts has been falling for several years. In 2014, the figures showed customers logging in via websites 4.4 million times a day but in 2015 this dropped to 4.3 million times a day. At the same time the number of people logging in via apps has been rising. In 2014, there were 7 million app logins per day but last year this rose to 11 million per day. That’s a pretty significant increase and, alongside the drop in website logins, indicates that app banking may well be the way forward. 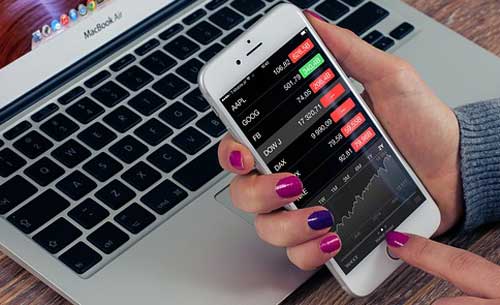 Despite the increasing popularity of apps to check our bank accounts, it seems that we still use websites to make payments. 417 million payments were made via websites in 2015, up from 408 million in 2015. App payments haven’t yet surpassed these figures although numbers are rising. In 2014 we made 225 million app payments per day. Last year this rose a huge 54% to 347 million per day. One of the main reasons for this reluctance to use apps may be that many banks still require users to set up a payee via a website. However, in the years to come it’s likely that even that may change as banks recognise how much customers prefer the convenience and ease of using apps.

Why do we love apps so?

There are many reasons why so many people are turning to apps. Perhaps the main motivation is security. Most banking apps can be set to open only with the thumbprint of the user. This level of personal identification simply isn’t available via a website. Then, there’s the simplicity of accessing the app – banking websites require you to remember passwords and carry a card reader whereas app access is just a thumb press away. Apps make banking simpler too. When the app is open users can immediately see balances and statements in one simple smart phone window. The processes for transferring money or making payments are often simplified for app technology, making them easier to use. Of course, many apps are still rather limited in terms of functionality. You may not be able to set up a new payee via an app and if the app goes down or your smart phone runs out of battery then you have no access. However, on the whole, the increase in the number of actions we are willing to carry out via an app seems to indicate that they are the technology of choice.

If you haven’t yet ventured into finance apps then the institution that you bank with is a great place to start. Most banks now offer an app that carries out at least the most basic functions and you will have the technical support at the branch to help. Beyond this there are lots of other personal finance apps to support you in everything from budgeting to saving.

This handy app has done something incredibly simple that makes staying on top of your finances much easier. Download the app and you’ll be able to see all your accounts in one place. That includes accounts from different banks, as well as your loans and credit cards.

Learning how to deal with debt is a necessary part of good financial management. The Debt Manager app gives you real insight into your debts, whether on credit cards, payday loans or personal loans. You’ll be able to track the debts you have, see what you’ll save by repaying early, and work out what kind of debt works best for your needs.

Your credit score plays a big role in being able to borrow, as well as the kinds of credit you can access. You can get to know your credit score with the Clearscore app. Via this app you can see your credit score and report for free. It will also send you notifications if there are changes you need to know about.

We’ve mentioned Toshl before but it remains far and away the best budgeting app if you want to stay on top of your finances. Track income and expenses, set up savings goals and get bill reminders all in one place.