How Big Data is disrupting UK credit and banking

Big data is one of today’s buzz phrases, but what is it and how do you benefit? In short, big data describes the electronic collection of volumes information so large that it renders its rapid analysis using traditional methods or applications almost impossible. Technology companies define big data as information that consists of more than 10 terabytes of data, is gathered at high speed automatically, includes both text and images, is cheap to collect and has high value after being analysed.

Many of the largest technology companies use big data to target consumers – Amazon uses sophisticated analytical tools to target products at customers based on their interests and buying habits. Netflix, meanwhile used big data to assess how audiences consume drama and then used this information to decide on the director, leading actor and plot for its hit series House of Cards.

The UK’s financial sector is quickly waking up to the power of big data and how it can benefit consumers. The online credit marketplace, in particular, consists of an enormous number of transactions taking place in real time giving financial institutions access to huge amounts of data with which to drive decision making. 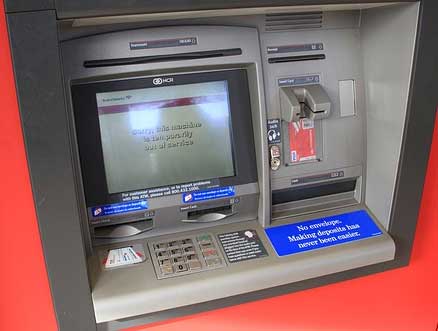 This data is driving change in online finance that is already benefiting consumers and disrupting the UK’s traditional finance model which was led by the high street banks. Smaller financial organisations (so-called fintech companies) are using big data to collect and analyse customer habits and therefore offer much more targeted financial products.

The impact of this has been most widely felt in the sub-prime sector where better data has given finance companies a more accurate picture of consumers’ ability to repay credit. In the past, a borrower’s credit score determined solely by his or her record of repayment over the previous six year, was relied on by most lenders when making a decision on a credit application.

But lenders – particularly online-only organisations – are increasingly using a raft of other datasets including affordability, average household incomes in an applicant’s locality and spending habits when making a decision on an application for a loan, credit card or other form of lending. These lenders are also using sophisticated tools to analyse what potential customers are doing at the time they are filling in an online credit application: are they deleting a lot of the fields they have already filled in to perhaps paint a healthier picture of their finances than actually exists, for example? How long did they spend reading the terms and conditions? Text analytics, meanwhile, are able to highlight potential problem areas in the reasons an applicant gives for needing a loan.

At a wider level, big data is driving the increasing speed with which credit applications are delivered. Five years ago, the average time for a decision was one minute. Today, it stands at just 20 seconds. At Solution Loans we have spent considerable time integrating our systems with those of the new “big data” lenders and can typically give you multiple in principle unsecured loan offers from lenders within 60 seconds – try it now!

The big banks – adapt or die

Britain’s major high street banks have, by contrast, been slow in adopting big data analytical tools and using them to drive credit marketing and decision making. The results have been dramatic as consumers flock to the agile new lenders online rather than approach a traditional financial organisation. As a result, the major banks have been closing branches at a rate of knots unseen in the last century. Figures released by the Campaign for Community Banking Services show that NatWest, Lloyds, HSBC, Santander, Barclays and the Co-op closed 600 branches – a rate of three every two days.

The major banks are also notoriously slow at adopting new technology with many of them still labouring with legacy payment and accounting systems which date back more than two decades. The consequence is that their rigid business models have barely changed and modern technology companies are increasingly taking their business – particularly in credit where consumers appreciate decisions tailored to their particular circumstances and delivered in seconds.

Many major banks have also suffered because of their size: large organisations tend to keep customer data in separate ‘silos’ and fail to make all of it available to all departments. That means that account management information may not be available to staff in loans and credit making a credit decision not a true representation of a customer’s actual financial situation.

That failure to integrate data has cost the major banks dearly with a survey from Capgemini Consulting reporting that the financial organisations which apply analytics to customer data are enjoying a 12 per cent lead in market share over those which don’t.