What is financial age discrimination? 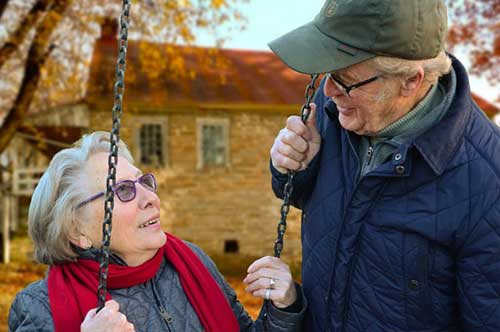 Discrimination is treating someone differently from others because of certain characteristics that they possess. The Equality Act 2010 has defined nine ‘protected characteristics’ – if discrimination occurs on the basis of one of the following then it will be unlawful:

An exemption for finance

Age UK recently recommended that the Financial Conduct Authority (FCA) review an exemption in the Equality Act for financial businesses. The FCA is the UK’s financial regulatory body. It’s this exemption that is allowing financial companies to discriminate against older people. For example, there have been numerous reports of ageism in the mortgage market. This has arisen where a person who is applying for a mortgage who is in their 40s or 50s is told that they are ‘too old’ for such a long term loan. If it weren’t for the exemption that financial businesses have from the Equality Act this would be considered unlawful discrimination.

The Financial Ombudsman has already upheld a number of complaints that were made about mortgages being refused to older people. It is also looking into whether there should be rules to protect those not using the internet and smart phones. For example, there are discrepancies between small-scale investors who use the telephone to trade in shares, rather than the internet. Those who aren’t going online are often paying more (estimated at £472.50 more annually). We all know how easy it is to find deals on credit cards, personal loans and insurance online too. The Ombudsman will be looking into whether it is fair to exclude those without this kind of access from the cheapest and best deals.

The FCA is already encouraging many big banks and businesses to look closely at whether newly adopted technologies might be disadvantaging older people. Some are already beginning to develop much easier security methods that are more widely accessible, such as voice and touch recognition systems. These new systems are designed to make it easier for customers who struggle to remember their PINs. However, perhaps the biggest issue is the way that many people of a certain age view technology. Online bank accounts seem very vulnerable for anyone for whom using the internet is not second nature and many avoid this because of fear of fraud. Others simply want to deal with a human when carrying out their banking. This is in spite of the fact that avoiding online and internet banking could be costing hundreds of pounds a year in savings. Of course there are other ways of arranging borrowing. Doorstep loans, for example are a type of lending where borrowing and repayment is all done face to face. However, not all banks offer this as an option.

While there is widespread acknowledgement that the financial age discrimination exists, not everyone agrees that it is unnecessary. One of the main points made by critics of removing the Equality Act exemption is the cost for everyone else.  For example, if the FCA forces businesses to offer more elderly friendly deals on products like credit cards, personal loans and insurance, this could well mean that prices rise for everyone else. One senior partner in a prominent law firm called it ‘foolish’ to pursue equal treatment for people who aren’t really equal as this just makes it more expensive for everyone else. There is no doubt that all of the best deals are often online – whether you’re looking to apply for a credit card, make investment trades or set up a personal loan. The question is whether those who don’t go online to find them are being discriminated against or not.