If you’re the kind of person who has only just got used to the fact that you can open your iPhone with your fingerprint then you might be about to get rather a shock. Technology advances at a fast pace and tends to have the effect of leaving behind those who don’t get on board with its concepts. While ideas such as opening a door with your eyes and using blood samples instead of passwords might seem like the stuff of a 1960s sci-fi film, there are plenty of examples in the world around us of these kind of ‘fictional’ developments slowly becoming a reality.

Have you taken a selfie? If you have then you’re probably pretty familiar with the various methods for getting the perfect shot, from a downward angle to using the various filters that are available. Soon, however, selfies will have a bigger part to play in our daily lives than just showing off on Intsagram or snapping a ‘fitspo.’ E-commerce giant Amazon has filed a patent that would allow it to make use of photos or videos of a user’s face to authorise payments. The thinking behind the move is that passwords can be stolen – and they can also be forgotten – but it’s far more difficult to fake someone’s face.

It’s all about the wink?

Of course you might be thinking about the way this technology will function and wondering about how secure it is. After all, wouldn’t it just be possible to hold up a photo of someone’s face in order to pass the security tests? Amazon has taken this into account it seems and for its identification system it will require you not just to aim the camera at your face (step one) but to then to do something such as wink your right eye (step two). Amazon has given itself a variety of options when it comes to this movement, including “prompt the user to perform certain actions, motions, or gestures, such as to smile, blink, or tilt his or her head.” The general view is that the selfie method will prove far more secure than passwords, especially since one in five of us rely on easy to guess words such as ‘password.’

It doesn’t end there

As if selfie pay wasn’t enough, on the innovation front we’re also seeing a range of other new technologies appearing in the modern world that are designed to make our online lives easier and more secure – as long as we can all get our heads around them. Online banking is probably one of the areas most in need of a security update and looks like it may be about to get it as high street bank HSBC has announced plans to use voice recognition as part of its security processes. Barclays has already introduced voice recognition software but has yet to make it available to the majority of its customers so we don’t yet know whether it’s working. First Direct is another bank getting in on the action – offering voice recognition software, as well as fingerprint recognition, something that NatWest has already added to its security systems. 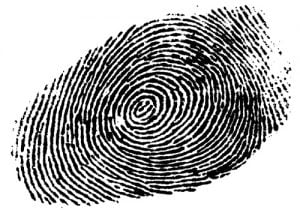 How does it work?

Effectively, it’s the same system as selfie pay – using parts of our bodies (fingerprints or voices) to provide the kind of rock solid confirmation that we are who we say we are. Given that every human being is completely unique the theory is that it will be difficult for hackers to fake something like the ‘voice print’ that voice recognition will use. So how does that work in practice? Well, those using the technology have to enroll their ‘voice print’ and the software then works by cross-checking it against more than 100 identifiers that cover both behavioural features such as speed, cadence and pronunciation, and physical features including the shape of larynx, vocal tract and nasal passages.

Why is it necessary?

You may have found yourself the unwitting victim of a hacker or cybercriminal or you may be the kind of person who finds it impossible to remember a password. Either way this kind of technology could make life significantly easier for you. Earlier this year a YouGov survey was commissioned by HSBC to see what people thought about the idea of biometric security. The result? 74% said they felt it would become the default “password” of the future. So, if you’re not up to date on the potential that biometric security has, it’s time to catch up.