The Internet of Things has become a term of common currency. All it really means is that equipment and devices are connected by the internet, sharing data. The most common example is a fridge that could let you know when you were out of butter or milk. Aside from the more ridiculous Internet of Things fantasies, 2016 was a big year for pushing this concept forward, as it began to get traction outside of just businesses and geeks. So, in theory 2017 should be the year in which Internet of Things enters all of our lives, whether we like it or not. 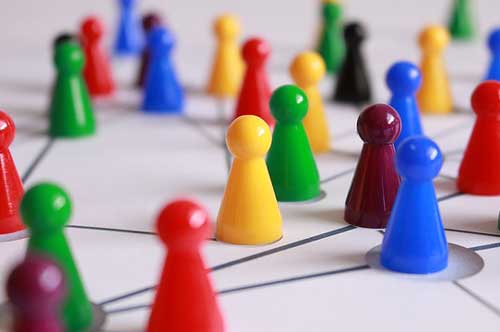 It all depends on 5G

For the Internet of Things to really take hold, 5G mobile communication needs to happen. Before it does, most experts predict that networks won’t be fast enough or have the capacity to create an effective Internet of Things. Speed is one of the key differences between the 4G networks we have now, and 5G. An SMS takes 40 milliseconds to send on a 4G network and just one or two with 5G. While that might seem like a pointless differentiator if you’re sending a text, when you look at features of the Internet of Things it suddenly becomes very relevant. For example, self driving cars – that difference in data speed could actually make them safe – and factory robots: the milliseconds could be enough to avoid an accident.

So, how long do we have to wait for 5G? Well most telecoms networks are working furiously to try to bring it into being. Due dates given so far are all in 2018 but there’s always a chance that we might see 5G this year that makes Internet of Things a widespread reality.

Well, in many ways it is already here – for those who want it. Although some people have been reticent about bringing an Internet of Things into their lives, there’s no doubt it could make things easier.

Home Automation. Google Home and Amazon Echo are two competing smart speakers that are widely considered to be the start of mass home automation. These products act as a central way of controlling devices around the home. They are voice activated, meaning that if you want to Google the answer to a question, or switch on your music, you can just shout this out and the Home or the Echo does it for you. The limitation of these systems is that they only work with products they are licensed to work with – or those made by the same manufacturer. However, all that could change in future.

Smart home. Convenience is one great benefit of the Internet of Things – having control over your devices without actually having to do anything to them. However, the other benefit is the smart element. This comes into play particularly when it comes to saving money, reducing energy bills and increasing security. Nest is probably the best known smart home device manufacturer, with its Learning Thermostat, which makes adjustments to temperature based on sensors and location. There are also smart locks, which provide the opportunity to control your security from a distance. 2017 should see more of these innovations being more widely used.

Automated cars. The idea of a ‘robot car’ that drives itself is too far out there for some people. However, this could be the year that you get to go on a test drive, even without 5G networking. Tesla’s Elon Musk has publicly stated that by the end this year, he will have brought into existence a car that can be driven from LA to New York without a driver. So, in the relatively near future, the kids could drive themselves to school and parking tickets will be a thing of the past.

Smart offices. At work too, the Internet of Things is likely to have an effect on daily life as early as 2017. From printers that know when they are low on ink, to window blinds that automatically adjust to the position of the sun, Internet of Things innovation is already making possible these smart solutions to problems large and small.