How to avoid being ripped off by ticket resale websites

Buying tickets for concerts and sports events via resale sites has become a common practice for many people. Sites like Stubhub, Viagogo, Getmein and Seatwave claim to be able to offer usable resold tickets to anyone who wants to go to a sold out event. However, recently these businesses have come under a lot more scrutiny for their exorbitant pricing and rather lax approach to consumer law. A recent Advertising Standards Authority ruling now means that resale sites are going to have to make some changes in the way that they operate. 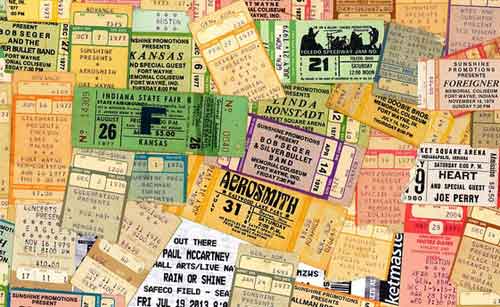 A number of different issues have brought resale sites to the attention of the advertising watchdog. Among these are problems for ticket purchasers that include:

However, it’s not just those looking to buy tickets via resale sites who have experienced issues but sellers too. In some cases the resale site has simply cancelled a ticket transaction without explanation, leaving a seller with no way of reestablishing contact with the person who potentially wanted to buy. With all these risks associated with buying tickets you really need to take care, and think twice before borrowing money to pay for them!

What has the ASA ruled?

The ASA now requires that information about costs, such as booking and delivery fees, is presented up front to consumers. So, this cannot simply be added on at the last minute when a customer is inputting bank details. The ASA has also outlined that resale sites must no longer describe themselves as “official partners” to specific events, which some have been doing without any basis for it. This was the case with one resale site that claimed to be an official partner for Ed Sheeran tickets – until Ed Sheeran announced that no resale site tickets would be accepted at his latest round of tour concerts. Finally, resale sites will not be able to offer any guarantees, such as ‘guaranteed entry’ with their tickets. This is mainly because so many consumers with resale tickets have found themselves refused entry. For example, one group of rugby fans who purchased tickets for a Twickenham game were refused entry to the game itself when the stewards asked for ID to go with the tickets. Because the fans’ ID did not match that of the ticket purchaser they did not get in – and could not get a refund.

So far, some have stated public willingness to conform to the ASA ruling. However, it’s worth looking at the controversial history that resale sites have to see just how unscrupulous they can be about profiting from resold tickets. For example, resale sites have in the past been criticised for profiteering from charity events and holding on to refunds that should have been given to fans who had been overcharged. Many people believe the sites have repeatedly breached consumer rights laws and at least one has refused to attend a select committee hearing on the topic.

So, how can you buy or sell tickets safely?