Younger drivers have always faced challenges when it comes to getting insurance. Statistically the most likely to have an accident, younger drivers are usually considered one of the highest risk groups by insurance companies. As a result, those who are new to the roads are often faced with enormously high premiums. So, when black box insurance – also known as telematics – was introduced to help younger drivers reduce costs it seemed like the perfect solution. 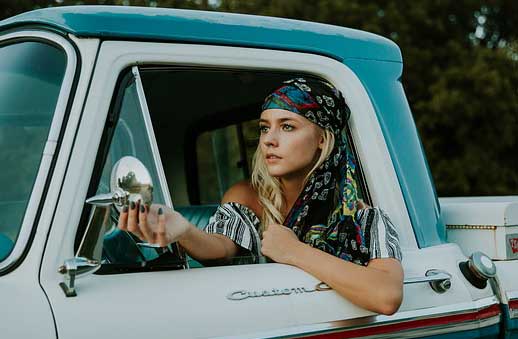 What is black box insurance?

750,000+ vehicles in the UK now have black box devices. When you sign up for this type of insurance, a small ‘black box’ is fitted to your car, which records various features of your driving. It will look at factors such as speed, distance travelled and when you’re on the road. It is also able to measure factors such as breaking time and cornering. To this, an insurer’s individual algorithm is applied, which weighs up all the data delivered by the black box and scores based on quality of driving. Depending on those scores, the driver may or may not get money back at a later date to reduce the monthly premium. This type of insurance is offered by a wide variety of different insurers, from Direct Line, through to the Co-op, Admiral & Hastings Direct and less well-known names such as Think Insurance. Black box insurance doesn’t necessarily cut insurance costs from day one but it does offer the opportunity to get some cash back for driving well. So, what’s the issue?

There are numerous stories from young drivers who have struggled to work out how to drive better. Many have noticed that their driving scores are enormously erratic from one month to the next, sometimes creating positive savings and sometimes none at all. According to industry experts there are two major problems with black box insurance: the lack of transparency over algorithms and the quality of the black boxes themselves.

There is no industry standard for the black box and they are not all made the same. All rely on GPS data but different boxes respond in different ways to different events occurring. So, for example, if a car goes into an underground car park, an “honest” black box will report back that it has lost the vehicle. A “dishonest” black box won’t do that but instead will provide a false position or say that the vehicle is currently wherever it was last recorded by the GPS. There’s no way for consumers to know whether the black box they have is “honest” or not.

The algorithm that scores your driving

The algorithms that score the data that comes in from black boxes are a closely guarded secret by insurance companies. Each company has developed its own algorithm and there is no transparency about what that algorithm is really looking for. So, for example, one may be measuring you against the legal speed limit while another may be using its own “safe” speed limit as a benchmark. Insurers can also change their algorithms at any time – and often do – without telling consumers which can increase the erratic nature of scoring. There is no one industry standard algorithm, which is problematic. In tests of two different insurers’ black box insurance apps – in the same car at the same time – the two came up with totally different results. One focused on a higher speed while the other wasn’t concerned at all with the speed but marked down for cornering.

Road safety charity IAM Roadsmart says that “safety is safety” and there should be a single industry standard on what constitutes safe driving. That would remove the confusion and lack of transparency that can arise from insurers looking for different things in order for drivers to score highly. However, insurers make a different point. Carrot insurance, for example, told Radio 4 that there was obviously a need to be more transparent and clear with customers. However, the insurer also said that algorithms are confidential and market sensitive, which doesn’t indicate any desire for transparency any time soon.

What can you do if you have black box insurance – or want to get it?

Anyone with erratic scores should challenge those with the insurer as these can often be corrected if they aren’t accurate. If you’re considering black box insurance then try out the different options before you buy and find the one you’re most comfortable with. It’s also always worth shopping around for young drivers’ insurance – black box insurance may not always be the cheapest choice.