Young drivers under the age of 25 are more likely to have a road accident and to make an insurance claim. They are also statistically more likely to drink and drive, exceed speed limits and drive without due care and attention. All of these factors mean that young drivers present a higher risk to insurance companies with the result that their insurance premiums are often exorbitant compared to those who have been driving for a number of years. The average cost for 17-year-old driver to insure a car for 12 months last year was an eye-watering £2,477. 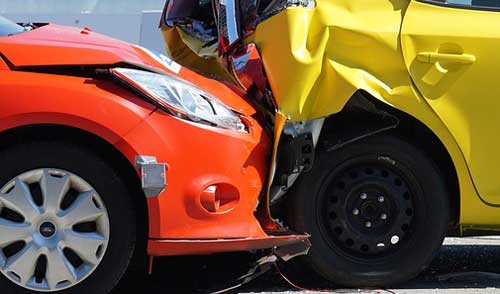 But it isn’t impossible to find affordable car insurance if you are a young driver. You’re going to have to do your homework if you want to keep the costs under control and it may mean that you can’t drive a sports car or an SUV but there are insurers who won’t charge you an arm and a leg. Here’s how to go about it:

There are 50 different insurance groups and so if you want to get cheaper insurance, you’re going to have to buy a car that is in groups one to five. That means a less exciting vehicle than you might want but it means a lower risk of accident and, therefore, cheaper insurance premiums.

Consider the Pass Plus scheme which is a course aimed at helping new drivers become more skilful behind the wheel. The course takes six hours to complete and many insurers recognise it and offer discounts to young drivers who have passed it. It doesn’t matter if you have points on your licence – you can still take it. To make the most of this, sign up for Pass Plus with your driving instructor immediately after passing your driving test.

Pay your premium up front

It may appear to be cheaper to pay your insurance in monthly instalments but you will be charged interest if you do this. It is usually much cheaper to pay for an entire year in advance – and this will sometimes save you £50 or more over a monthly repayment plan.

Offer to pay a higher excess

You’ll have a compulsory excess on your policy but there is usually an option to increase this with a voluntary excess. The excess is the contribution you will have to make towards the cost of repairs when you make a claim. Increasing the voluntary excess can significantly reduce your car insurance premiums. It should also make you drive more sensibly!

Third-party cover is the basic level and covers claims against you if you’re involved in an accident and injure someone. It also covers the cost of repairing or replacing the other person’s car, but not your own. If you don’t plan to drive that much and have an older and less expensive car, you be prepared to pay for the cost of repairs to your vehicle yourself. But third party, fire and theft is not always cheaper for young drivers: it is sometimes more expensive than comprehensive cover for the very reason that it is often chosen by young drivers who are more likely to make larger claims.

If you add another named driver to the policy, it is possible to reduce the insurance premium but only if that person is significantly older than you, doesn’t have any points or motoring convictions and has held a driving licence for much longer than you. Beware, though – if you put your policy in the name of one of your parents with you as a named driver (known as ‘fronting’), then this is illegal and could see any future claim rejected and you being reported for fraud.

Putting extra security on your car – things like alarms, immobilisers, steering locks and so on – can significantly reduce your insurance premium. You should also consider keeping your car in a locked garage or on the driveway behind a gate overnight as an insurer will look favourably on this. Cars which are left on the street are statistically more likely to be stolen than those on a drive or in a garage.

Telematics uses a “black box” to track your driving style and driving behaviour and charge you insurance “on the go” based on this tracking data. So, if you drive aggressively like a rally driver rather than sedately like an older person you’ll be charged more. The system is designed to encourage sensible driving and your premiums can benefit accordingly.