Why younger drivers are leasing cars

For many of us, our first car was invariably an old banger. Something that cost a few hundred pounds, belched black smoke and leaked when it rained heavily. But times have changed and recent research has shown that almost 20 per cent of all 18 to 24-year-olds are now driving cars worth anything up to £20,000. That’s because younger generations have discovered car leasing and are now driving more luxury and higher end cars than at any time in history. 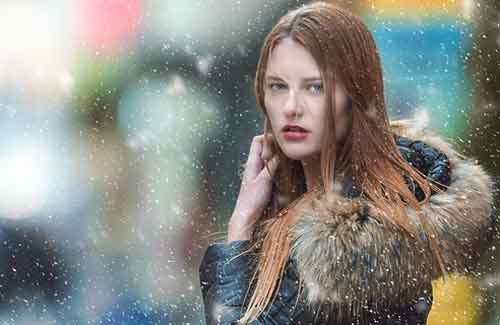 The figures for young people compare starkly with those for middle-aged motorists with just 5 per cent of 45 to 50-year-olds choosing leasing to drive the car of their choice. Meanwhile almost three quarters of people over the age of 60 use savings to finance new cars and virtually none of them are leasing.

Why is car leasing so popular with young people?

Car leasing has exploded in popularity in recent years and is available to the majority of people – whether employed or self-employed – and even to those with poor or non-existent credit records.

Leasing is proving more popular than other types of finance among younger people mainly because the monthly payments are, in the main, considerably lower. The reason for this is that you never actually own the vehicle. Nor do you have the option of making a final ‘balloon’ payment to keep the car beyond the end of the finance agreement.

Leasing is merely car rental over the long term – be that two, three or four years. At the end of the finance deal, you hand the car back to the leasing company.

One significant benefit of leasing is that servicing and other maintenance is very often included in the deal. That removes a significant headache with owning a new car where the warranty is usually dependent upon it being regularly serviced which can cost hundreds of pounds a year.

The research into car leasing by younger people was carried out by credit reference agency Experian. It found that youthful drivers were more likely to want to change their car regularly than older drivers who generally pay less for their vehicles and are not so bothered about being seen to drive something up to date.

Experian said: “With younger drivers buying high-value newer cars, often with less experience of managing credit, it’s vital those who do opt for credit understand the importance of repaying what they owe on time and in full each month after they’ve left the garage.”

But while leasing a car may be easy, less expensive than buying a similar vehicle and often include servicing and maintenance, there are other motoring costs that younger drivers need to take account of. Top of the list is insurance which, particularly for the very young and those driving sportier models, can be very expensive.

The RAC said that younger people are frequently caught out by the cost of insuring their first car. The organisation said that more than half of those it surveyed thought that their first premium would be less than £750 a year. In fact, the average insurance premium for a 25-year-old driver is £810 while youngsters aged between 18 and 20 pay the most with the average being £972 a year or £605 more than the average for all age groups.

Beware of hidden fees and costs

Just because car leasing is easy it does not mean that you should enter one of these finance arrangements lightly. Many younger people are caught out at the end of their leasing agreement and return a vehicle that has been damaged in some way and find that they are charged considerable financial penalties.

Another potential pitfall is the annual mileage agreement. This is agreed with the finance company at the start of the leasing deal and has to be adhered to throughout the agreement’s life. It’s very important that you make a realistic estimate of the number of miles that you’ll do each year. If you err on the low side and end up exceeding the number in the agreement, then you’ll be charged for every mile you go over the total. In some cases, this charge can be as high as 40p per mile over the agreed limit.

That means that if you agreed an allowance of 10,000 miles per year but end up doing 15,000 during the first 12 months, you’ll be billed £2,000 which could easily add a third or more to the cost of your leasing agreement.