Household debt costs to surge over next five years

The next five years could be a tough time for those with debts, whether credit cards or mortgages. According to projections obtained by a freedom of information request to the Office for Budget Responsibility, the cost of household debt is going to soar. In fact, by 2023, debt servicing costs are likely to increase by 29%. The rise of a third in the cost of having a mortgage or servicing loans could be challenging for many UK households already stretched to breaking point. But where is the cost most likely to bite and what can you do to prepare for it? 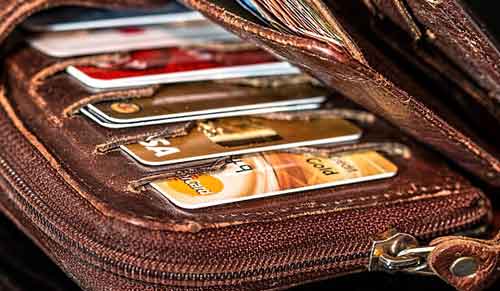 Where are we right now?

Most of the UK population is currently unprepared for the reality of what a significant increase in debt cost is going to look like. Over the past five years we have seen debt costs fall 9% and decline as a percentage of household income. However, this has been largely thanks to the way interest rates have remained low. In November 2017, the Bank of England raised interest rates for the first time in a decade and has already indicated that further rate rises could be implemented as early as May 2018. According to the Governor of the Bank of England, the combination of a growing economy, including GDP growth, as well as increasing average wages means it’s time for interest rates to start going up.

How much is the increase actually likely to cost?

According to the figures, the average UK household could find itself with an extra £468 a year to pay in debt interest costs. So the average interest cost of household debt will rise from £1,983 in 2018 to £2,451 by 2023. This could be seriously problematic for many UK households that are already struggling. The figures are based predominantly on the cost of mortgages so it’s not known how high costs could go for those who also have other types of debt with variable interest rates, such as many personal loans and credit cards.

Who is likely to be the most affected?

Opinions differ on who will potentially suffer the most from the increase in debt costs. According to Andrew Hood, a research economist at the Institute for Fiscal Studies, it is most likely to be felt by richer homeowners who have more valuable properties and larger mortgages. However, independent think tank The Resolution Foundation has identified millions of low-income families reliant on cheap credit as the potential worst hit.

What can you do to protect your own finances?

So shop around for the best deals on debt. Deals on credit cards, mortgages and personal loans can vary widely depending on where you’re looking. If you want to ensure that you’re getting the very best deals on interest rates and other costs then it’s a good idea to shop around. Online lenders often offer the best deals but some high street banks can be competitive too. As the costs of debt begin to rise don’t be afraid to ask for the deal you want before signing on the dotted line. Use our QuickStart tool to help you narrow down your loan choices, and our free enquiry service to make your credit application.