Are you taking on debt you can’t really afford?

“Alarming” increases in consumer debt have been much in the media in recent times. New figures show that unsecured debt could exceed £15,000 per household in 2019, rising to £19,000 per household by 2022. This is not debt made up of mortgages but purely unsecured debt, such as personal loans and credit cards. The statistics have triggered fears that whole swathes of the UK population will end up with debt that they can’t afford to repay – the effect of which could be disastrous for the economy as a whole. However, while there’s no doubt that household debt levels are certainly rising, the demographic affected by this is not as many have predicted. 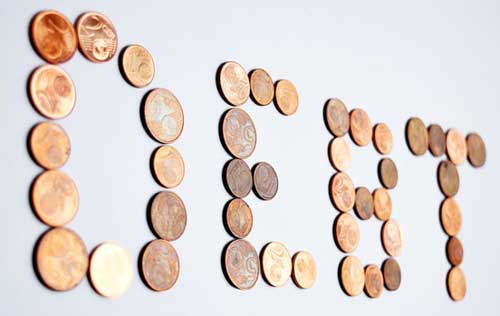 Who is taking on this new debt?

New research from the Bank of England and the Financial Conduct Authority has found that new borrowing is not necessarily being driven by desperation. The research has identified that these borrowers have good credit ratings and no mortgages. So, they are not made up of “the struggling poor.” This comes as something of a surprise to many commentators who had been labouring under the assumption that debt increases such as this are largely due to borrowing by those who are unable to manage on existing income.

Why are the “well off” borrowing more?

This is something that the Bank of England research doesn’t reveal. And it’s this information that could be the key to understanding whether the rise in borrowing is really something to be concerned about. As a nation, we now owe as much as we did before the 2008 financial crash – but how much of a risk does this represent?

“Free” money. Those who are better off could well be borrowing to take advantage of low interest rates, which effectively offer “free” money for a period of time. So, for example, some might be taking advantage of 0% credit card spending rates to invest the cash elsewhere and then repay the card at the end of the 0% period having made a profit. Others use credit cards to earn points or take out low interest loans to cover unexpected costs because they’re cheaper than insurance.

No hope of a mortgage. The data provided doesn’t tell us enough about who these new debtors are to draw any real conclusions. However, there has been speculation that it’s younger generations who have good credit ratings – but no hope of taking out a mortgage – who have been driving the increase in consumer debt.

Cheaper deals. One thing that the research did reveal was that these consumers are remaining in debt for longer. This would indicate that debt such as low cost car finance and low interest rates on loans and credit cards is providing an incentive to borrow. As long as there are cheaper deals on borrowing the trend could continue to grow.

What are the risks?

Although this new research has been viewed positively by many, economists at the Bank of England have still warned about any rise in the levels of consumer debt for the following reasons:

Stagnant wage increases. It’s been a year since inflation began to outstrip pay rises and wage growth remains stagnant. If interest rates continue to rise this could mean debt becomes unaffordable even for the well off.

Things can change. Anyone borrowing still needs to ensure their debt is affordable. Life changes quickly, from illness to a new baby, and high debt levels could quickly become unsustainable even for those who aren’t “poor.”

There’s no doubt that these statistics are being driven in part by the fact that credit is better value than it used to be. So, where do consumers find the best value credit?