Gloomy forecasts for the UK from the Institute of Fiscal Studies

The most recent forecast from the Institute for Fiscal Studies (IFS) has predicted a couple of tough decades for the British public. While the last century or so has seen consistently increasing living standards, according to the IFS, this is now likely to be a thing of the past and not an ongoing trend that anyone should rely on. Instead, we can look forward to stagnant wage growth, low productivity and yet more austerity. So, it all sounds rather gloomy if the IFS is to be believed – but are they right and what are the implications? 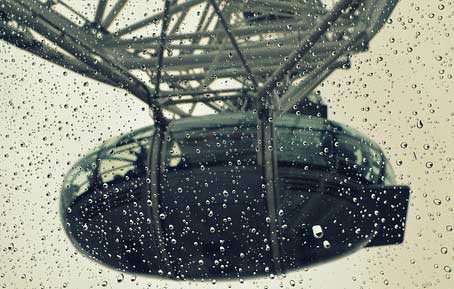 After the Chancellor Philip Hammond’s 2017 autumn budget the IFS drew a number of conclusions that were based on its own analysis of the budget and a report from the independent Office for Budget Responsibility.

Earnings will be lower than expected

There has been a lot of talk about the poor – or non-existent – growth in wages. After the autumn statement, the IFS concluded that wage growth for 2021 was now forecast to be £1,400 a year lower than was predicted in 2016. In fact, when adjusted for inflation, average earnings will be lower than before the financial crisis in 2008. So, there is no recovery in wage growth to look forward to and that can have a very broad impact for everyone.

The implications: wages aren’t going to go up. That means we’re not going to have any more cash to spend and life isn’t going to become more affordable. When you combine a lack of wage growth with rising house prices and an increase in living costs, a drop in living standards is inevitable.

Productivity has gone through the floor

Productivity is generally used to measure the output of a workforce and, on a broader level, the strength of an economy and the health of its public finances. The measure of productivity is GDP and, according to the IFS analysis, GDP in the UK will be 3.5% smaller in March 2021 than was forecast back in 2016. So, the economy has failed to pick itself up and we have not achieved the kinds of productivity gains that would make the country economically prosperous once again. These gains are normally the result of an increase in skill in the workforce or of advances in technology.

The implications: The economy will be £65 billion smaller in 2021 than anyone thought it was going to be. Weak productivity means weak economic growth, which also means that more of the public finances get sucked into bailing the country out. Without an increase in productivity, wages stay stagnant, living standards fall and many people become increasingly reliant on public services.

The NHS, for example, is currently facing the biggest funding squeeze since the 1980s. In the UK an ageing – and expanding – population is putting huge pressure on this vital public service. However, government spending has fallen – after the financial crisis this was at 4% after inflation, now it’s just 1%. Plus, there are nearly £12 billion in welfare cuts that have still to be processed through the system, hitting many of the worst off in the UK the hardest. And, despite the fact that demands on our public services are likely to get more intense as people struggle with dropping living standards and poor wage growth, spending on day to day public services is going to be 3.6% lower in the next 5 – 7 years.

Implications: the safety net of the NHS and public services that we’ve come to enjoy in the UK is being gradually eroded. Many have highlighted that there is potentially more cash in the Treasury for this but that it is being spent on other things that are more important to the currently Conservative government’s key supporters. They conclude that, without a change in government, spending on public services just won’t pick up.

What can you do to protect yourself?