Why car sharing may be better than car ownership

Sales of new cars fell by 9.3% in September this year. Car insurance, petrol, maintenance and the congestion charge all add up for car buying consumers. So much so that the trend is increasingly towards not owning a car at all. The demands of family life, school runs, weekly shops or emergencies such as a doctor’s visit might seem to necessitate your own set of wheels. However, for many – especially Millennials – that’s simply no longer the case. And build in the fact that on average a car is parked for 95% of the time! And when not parked your commute is likely to be at an average 20 mph such is the effect of traffic congestion. 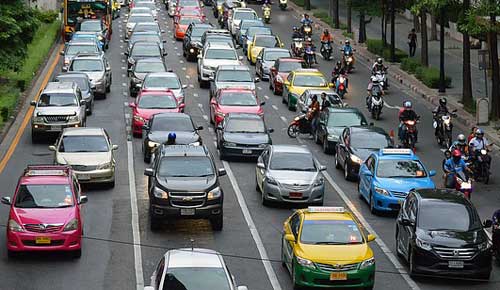 What are the alternatives to car ownership?

The only alternative to car ownership used to be a standard rental. This came with its own set of costs and conditions and was a pretty inflexible method for those who didn’t need a car for a particularly extensive length of time. Today, there are many more options, from those that let you “rent” a seat in someone else’s car rather than doing an entire journey in your own rental, to those that enable car sharing between neighbours. All these shorter-term options are, of course, far cheaper. And as the average cost of running a car for a driver between the ages of 17 and 21 is now £2,800+ per year, there is a huge incentive for drivers to look into the different alternatives.

Rent a seat in another driver’s car: Bla Bla Car

Bla Bla Car – if you’re looking to travel to a particular place at a particular time you can put in a request via Bla Bla Car and choose from all the drivers going in your direction. There is a set fee to pay and everyone using Bla Bla Car has a profile that can be viewed, as well as ratings from other users.

Hire a car from a neighbour: Easy Car Club

Rather than renting a car from a big, faceless rentals firm, Easy Car Club allows you to borrow one from a neighbour instead. There are 90,000+ customers already using Easy Car Club and it covers a wider range of locations.

How do the alternatives help you to save cash?

Cars are expensive. As soon as they are driven home from the dealer they start to lose value (i.e. depreciate) – and this is something that many consumers are now starting to wise up to. Not only that but cars require regular maintenance, as well as insurance and road tax – and that’s before you factor in the costs of any repairs. Newer car companies offer some very significant differences:

And then there are the environmental benefits. Car sharing directly reduces the number of drivers on the road, which has a significant impact when it comes to cutting emissions from gas guzzling vehicles. It could also have the knock on effect of reducing the need for car manufacturing and the transport of new vehicles to their point of sale. New cars usually acquire a carbon footprint even before they have first been driven.

How much could car sharing actually save?

The annual cost of using a car sharing service like Zip Car over 10,000 miles of motoring is around £1,457. This is compared to the annual cost of a brand new car with a 1.5 litre engine, which comes in at £6,659. Even a second hand car doesn’t do as well – annual costs for a three year old car are £2,605 and likely to go up as the car needs more and more work.

A significant proportion of these costs come from the depreciation in value of the car over the course of a year (£4,600 for a brand new car, £667 for a second hand car) but the savings are obviously there. Zipcar says its members save at least £300 a month by using its service rather than owning their own car. Plus, the company recently released research showing that Londoners were paying around £20 an hour to own their own cars. So, perhaps it’s not surprising that so many people are now moving away from an ownership model to a cheaper and more flexible car sharing scheme.