Is it finally time to buy an electric car and join the party?

There used to be a time when an electric car was a serious novelty. The idea of being able to plug in a car and charge it up like a mobile phone was a bit of a conceptual leap for some. Today, however, that’s no longer the case. By the end of June 2017 new registrations for plug in cars had reached 105,000 – up from just 3,500 in 2013. Many major manufacturers now offer electric vehicles as part of their range and more and more drivers are switching on to the benefits of leaving petrol behind. So, is now the time to buy an electric car? 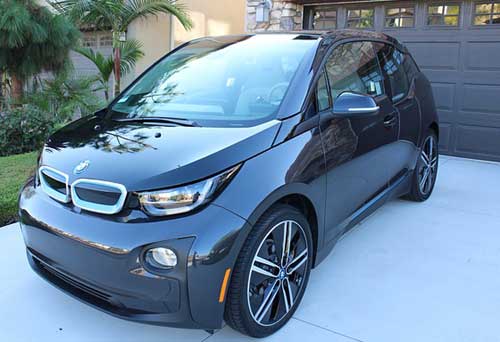 The cost of buying an electric car

In the early days the cost of manufacturing electric vehicles meant that the sale price was pretty high. Motorists would pay a premium to buy but then make savings later, such as the cost of fuel and avoiding the Congestion Charge in London. Now, however, electric car costs are dropping – fast. A 2017 forecast by the investment bank UBS predicted that electric cars would soon be on a level, price-wise, with your standard petrol-guzzler. Its ‘evidence laboratory’ said, “the total cost of consumer ownership can reach parity with combustion engines from 2018.”

The availability of leasing an electric car

As more and more mainstream manufacturers bring their electric vehicles to the market – from the BMW i3, to the Renault Zoe and the Nissan Leaf – more financing options are available. And this year the cost of leasing an electric vehicle has begun to drop too, as the options become increasingly wide and varied. For example, a 30kWh battery Nissan Leaf can now be leased with a deposit of £2,000 and payments of £240 a month. Compare that to the cost of leasing a petrol driven Nissan Juke and you’re paying just £70 more – a figure that could be a fraction of the potential savings on other costs.

Fuel savings are where the electric vehicle can really deliver some budget benefits. It costs just £3 – £4 to pay for an over night charge of an electric vehicle (the exact cost depends on the electricity tariff for the property). Compare that to the cost of petrol, which is currently £1.14 a litre – you’ll pay roughly £63 to fill up the tank of a medium sized car now. According to the Office for National Statistics transport remains the highest costs for UK households at just over £70 per week so an electric vehicle could make a big difference. There are also other cost savings to consider with an electric car, such as the annual service, which is just £99. The warranty that comes with the car will mean you’re covered for most serious issues and there are none of the classic expenses, such as an oil change.

There are currently 13,000+ charging points for electric vehicles at points around the UK (consult Zap Map to find your nearest one). The availability of these charging points is one of the problems that has slowed the purchase of electric vehicles, as many UK homes aren’t ideally designed to accommodate them. However, that’s likely to change as manufacturers come up with more innovative ways to ensure electric vehicle drivers can get the charge that they need. From workplace charging stations to lamppost and other on street charging points, it’s unlikely to be an issue much longer. 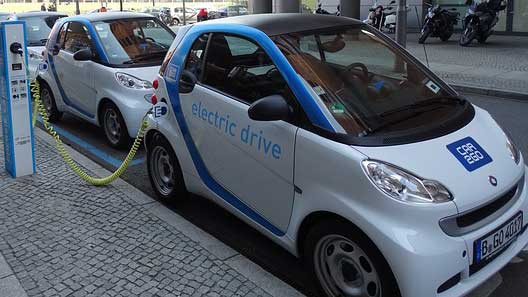 For years, the most off-putting thing about an electric car for a lot of people has been the idea that it might just suddenly run out of charge when you’re surrounded by petrol stations but miles from a charging point. However, bigger batteries mean this is no longer much of a consideration with ranges of up to 180 miles easily achievable from a single charge. Motorway charging points mean that you could, for example, complete a Bristol to London journey with just one 30 minute charge at a cost of only £6, significantly less than filling up on petrol.

How green is an electric car?

Electric cars might be more environmentally sound than petrol cars but they aren’t necessarily entirely green. For example, if your electric car gets its charge from an electricity grid that is burning carbon to generate that electricity you’re still having an environmental impact. If the charge is coming from solar energy then not so much. The metals for the fabric of the car tend to be high performing and rare, often obtained from environmentally unsound mines – as is the case for the components for the solar panels. The process of mining and manufacture can produce vast volumes of toxic chemicals and high levels of carbon dioxide emission. Then there’s the import or export of the electric vehicle, plus the cost of disposing of its battery at the end of life – which could end up being a landfill issue.

On balance, electric vehicles now have many more benefits than they did before, both for the environment and individuals. However, asking questions about how component parts were sourced – and the way the vehicle was produced – is important to establish environmental credentials. While post-purchase the cars are much lower impact than a traditional petrol car, before that point there may be some way to go before the electric vehicle is truly green.