Public transport used to be one of the cheapest ways to get from A to B. However, in recent time prices have risen and in cities such as London travel can cost an arm and a leg. Over a decade we have seen local bus and train fares increase between 60% and 90% with the Department for Transport’s statistics indicating that local bus fares in London have risen a huge 87%. Given that wages have risen by nowhere near this amount (around 30%) it’s no surprise that public transport has become such a cost burden for many households. Thankfully, there are some much cheaper alternatives. 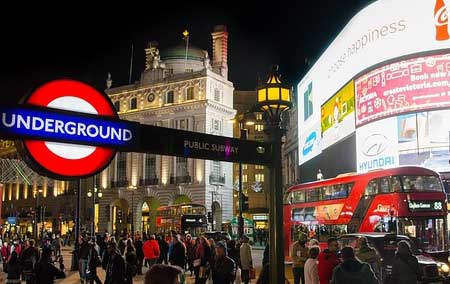 A focus on making the UK a greener place to live has seen cycling put at the forefront of transport strategy. New cycle lanes, cyclist safety campaigns and self-service bike sharing schemes – such as London’s ‘Boris Bikes’ and Nextbike in Bath – offer many more opportunities to get out and about on two wheels. While cyclists need to purchase the right safety gear, and of course the bike itself, there are few other associated costs to switching from public transport to a bike. Plus, there are numerous health benefits to getting out and about on a bicycle, as opposed to spending your journey to work sitting. The charity Sustrans not only campaigns for the bike but over the years has built a UK-wide network of cycleways. Cycling is an all round great alternative to paying for public transport.

As a form of transport, the electric car is a green, modern alternative to polluting transport and the impact on the environment of driving a petrol or diesel model. While an electric car does have to be purchased, it has significantly lower running and maintenance costs than a regular car and, of course, doesn’t require the purchase of fuel. Government grants are available to help fund a proportion of the cost of an electric car and there are low cost charging points throughout the UK, as well as tax benefits. If you need the independence of your own vehicle but don’t want to pay for a car this is a great alternative – it can also prove significantly cheaper than something like a monthly commuter train pass.

If you own a car there’s no escaping the cost of buying and maintaining it. However, you don’t have to bear all the running costs on your own. Carpooling offers a simple alternative to public transport that can be set up to share the cost of travel and make it cheaper. This is a particularly useful option for transporting kids around, as it’s more secure than getting them to ride public transport and can be much cheaper too.

Taxis have never been a cheaper alternative to public transport – anyone who has ever sat in a black cab and watched the meter tick up over £15 for a 10 minute journey can tell you that. However, the cost of a private cab has dropped significantly with the introduction of Uber and similar app based taxi services that keep costs down at rock bottom prices for their customers. Now, with the addition of Uber Pool – essentially car pooling to split the cost of your taxi – it really can be cheaper to call a cab than wait for the bus. Uber Pool works by giving customers the option to choose a cab to share with those going on a similar journey when the car is booked via the app. The cost of the car depends on the number of people in it but could be as low as a couple of pounds.

Another great human powered alternative, the scooter is a good option for getting fit while significantly cutting the cost of your transport. Given the popularity of the scooter – and its transition from kids’ playparks to a bone fide hipster accessory – there’s now a very wide range of models and options available, from the simplest, to the battery powered. Of course if you really want to look like a rockstar the Segway is the only alternative to public transport to be seen on.

For long journeys, walking may not be an option but we often forget just how simple it is to use our own two feet to get somewhere – and how good it is for us too. Walking has a vast number of health benefits, including the Vitamin D your body will generate from being outside, and is the cheapest option of all as it costs precisely £0.  Switch a couple of bus journeys a week to walking and see the cost and health benefits this can bring. It’s said that everyone needs to target 10,000 steps per day – to put this into some perspective there are around 2,500 steps per mile so walking to work and back is likely to help considerably in achieving this goal.