Is car leasing cheaper than buying?

While the Brexit vote may recently have taken the froth off new car sales, the latest figures show that purchases of new vehicles grew strongly in the run up to the referendum on Britain’s membership of the European Union on June 23. Figures from the Society of Motor Manufacturers and Traders (SMMT) showed that the growth in car sales during the first six months of 2016 was driven by private buyers rather than companies.

Traditionally, Britons have chosen to finance their car purchase through either personal lending or through one of the finance packages offered by the manufacturers. But in recent years leasing, a form of car finance already very popular in the United States, has become commonplace – car leasing. Under this form of finance, motorists lease a car for two, three or even four years before handing the keys back at the end of the deal.

What is the benefit of car leasing?

The price to lease a vehicle is based on two things: the depreciation of the value of the car over the term of the agreement and the amount of profit that the leasing company makes. This makes it relatively cheap to lease a luxury model – you will often see models from Mercedes and other upmarket marques advertised for under £300 a month.

But there are hidden costs to car leasing which can make this way of financing a car punitively expensive. Foremost of these are excess mileage charges. Because high mileage devalues a car significantly, the leasing companies add excess mileage penalties to an agreement.

At the start of your lease, you will be expected to agree a maximum annual mileage (the default is usually 10,000 miles). If you exceed this, you will be charged for every extra mile that you go over the agreed limit and this charge can sometimes be as high as 40p. So, if you exceed your limit by 5,000 a year, you could end up being charged an extra £6,000 over the lifetime of a three-year deal. If you’re going to be doing a lot of miles each year, then leasing may not be the right choice for car finance. 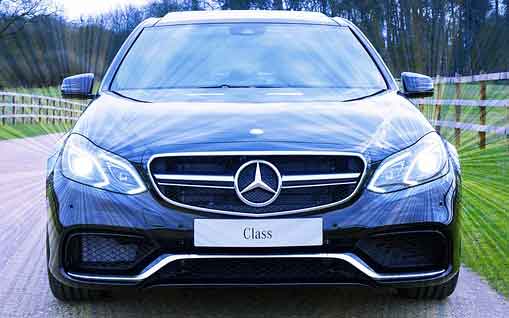 How leasing compares with purchase

You’ll have to put down a down payment with both leasing and finance that results in purchase. With a lease, the down payment is a multiple of several months’ payment. If you make a larger initial payment, then this will reduce the amount you have to pay to drive the car each month.

As an example, one car leasing company is advertising a two-year personal lease on a Mercedes  CLA Class coupe. The deal has an initial down payment of £2,293.20, which is nine times the following 23 months’ payments of £254.80. There is also an arrangement fee of £230. Mileage is limited to 10,000 miles per year and after two years you will have spent (excluding fuel and insurance) £8,383.60.

If you bought the same car, the brochure price would be £29,745. The depreciation on the car is about 15 to 20 per cent per year although this can be much worse during the first year of ownership. If you assume a 20 per cent depreciation from the brochure price, owning this Mercedes would have cost a little under £12,000 after two years. For this to work out better financially than leasing the car, it would have to depreciate by about a third of its value or less over those two years.

The alternatives to leasing

You could always pay cash for the car. Otherwise, you’ll be looking to borrow to finance it. Most dealers have hire purchase (HP) schemes where you make monthly payments over an agreed term after which you own the vehicle. The downside to this arrangement is that the monthly payment is usually two or three times the cost of leasing the same vehicle. This is because you are paying the full cost of the depreciation plus being charged interest on the loan.

Personal contact purchase (PCP) schemes are a hybrid of leasing and HP. With these deals, the deposit and monthly payments are lower but at the end of the deal you have to make a final ‘balloon’ payment if you want to own the car. Otherwise, you simply hand the keys back or use any residual value over what you have paid to start a deal on another car.