Update: The journey to Brexit

The Government is to publish legislation to pave the way for Brexit negotiations with the European Union within days. It comes after Theresa May’s administration lost its appeal in the Supreme Court over whether an Act of Parliament is required authorising it to invoke Article 50 – the formal notification of the UK’s intention to leave the EU.

While the Secretary of State for Brexit, David Davis, has said that the Government believes the bill would be short and straightforward, a number of MPs on both sides of the Commons, as well as peers in the House of Lords, have indicated that they will table amendments while a small number have said they will vote against invoking Article 50.

Last week Mrs May was forced into a climb down and announced that the Government would publish a white paper setting out its aims in the Brexit negotiations with the EU. This came after about 12 Conservative MPs threatened to rebel in any vote on a bill.

Mrs May has repeatedly said that she will trigger Article 50 before the end of March and the bill is expected to be rushed through both Houses over the next two or three weeks to ensure that she meets that timetable.

While no timetable for a bill has been set out, Number 10 said that time is available in Parliamentary this next week.

The Liberal Democrats have said that they will vote against Article 50 if the Government does not promise to put the final deal with the EU to another referendum.

The Scottish Nationalist Party, meanwhile, has said that it will table up to 50 amendments to the legislation in an effort to secure Scotland’s place in the European Single Market and Customs Union. Meanwhile, although Labour leader Jeremy Corbyn has said that his party will not oppose Article 50 and has indicated that he will order his MPs to vote for it, many Labour members are thought to be lining up to slow the process down and table amendments. 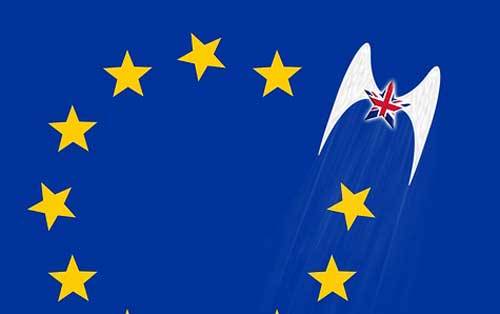