Will Brexit make house prices cheaper? If you’re trying to sell, will the recent vote to leave the European Union send the market into a dive and make it harder to find a buyer?

These and other questions have been major talking points ever since the referendum on June 23. While there are no simple answers, what is likely is that both buyers and sellers have entered a period of considerable uncertainty since the UK voted to exit the EU. 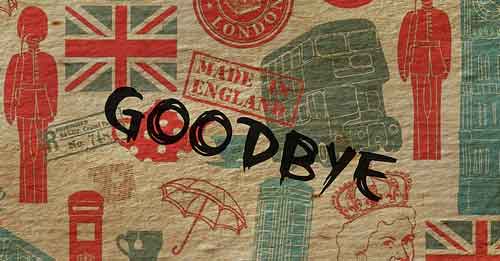 Prior to the vote, there were warnings that house prices could tumble by close to 20 per cent if the UK chose to leave the bloc. These warnings came from major lenders, economists and the UK Treasury.

While it is far too early to determine whether those prophecies are likely to come true, there is plenty of evidence that house price growth was slowing in the lead up to the referendum anyway as well as in the immediate period after it.

Figures from both Halifax and Nationwide suggested that UK house price growth was at its slowest for almost six months in April. Prices grew, according to the figures, by 1.5 per cent in the three months running up to April and by 9.2 per cent compared with the same period a year earlier.

Since those surveys were published, there has been further evidence that the UK economy is slowing down. Measures of optimism within both the service and manufacturing sectors have – within the last fortnight – suggested that there has been a dramatic drop in confidence with many economists suggesting that the UK economy may contract by about 0.4 per cent during the third quarter of 2016 after a 0.6 per cent expansion between April and June.

Interest rates on the way down?

On August 4th  the Bank of England moved to bolster the credit markets by cutting the bank rate to a new historic low of 0.25%. The move was clearly designed to increase both the supply and demand for credit among consumers and businesses.

The Governor of the Bank of England, Mark Carney, is clearly expecting that consumers and home owners will tighten their belts at least until the terms that the UK wants to negotiate with the EU become clear. Most property experts believe that the UK’s housing market is likely to see fewer buyers over the next few months which will have a downward pressure on prices. Homeowners may be reluctant to put their houses on the market during a period of falling prices.

If you’re in rented accommodation, that might seem like good news – lower house prices should make getting onto the property ladder more affordable. But the flip side is that fewer house sales mean fewer new buy-to-let properties becoming available and lower supply could mean higher rents.

As many forecasts as there are economists!

But not every voice is one of doom. The National Association of Estate agents believes that prices will remain steady over the coming months. Its managing director, Mark Hayward said that the organisation thinks that the UK market is resilient and will weather any short-term uncertainties.

Estate agent Knight Frank said that while there may be a fall in sales and prices over the short-term, that could translate into a restricted number of properties on the market which might actually act to increase house prices.

In a statement, the agency said: “In the short to medium term, the fundamental demand and supply dynamics are unlikely to change with a continued undersupply of homes across the country underpinning pricing in some of the most desirable areas.”

But the property portal Zoopla takes the opposite view. In the immediate aftermath of the referendum result, it said that Brexit could lead to the rise in the value of the UK’s homes over the last five years being wiped out and leaving hundreds of thousands of people in negative equity.

It forecast that the average house price could fall from £297,000 to £244,000 if the UK goes into a recession and that £1.5 trillion would be wiped off the total value of the UK property market.

But that forecast was based upon a slide into recession coupled with an increase in the costs of borrowing. While the UK may face a period of negative economic growth, the move by the Bank of England to cut interest rates is likely to make borrowing cheaper and that may offer some support to those seeking to sell their homes as well as those wanting to get on to the property ladder for the first time.