By the time Britain wakes up on Friday morning, the result of the referendum into the country’s continued membership of the European Union will be known. What will be less clear is what effect the vote will have on the personal finances of millions of people in the UK. 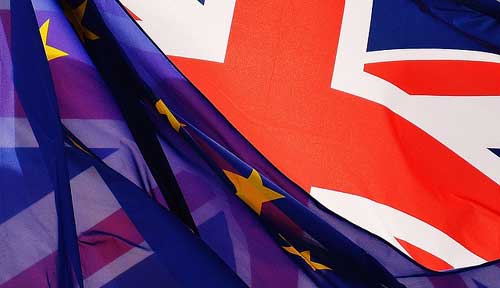 The Remain campaign – led by the Prime Minister and Chancellor of the Exchequer – is clear: British households will be worse off if we choose to leave the EU than if we choose to stay in. The figures put forward by the Remain camp are stark: the British economy would shrink in GDP terms by 6 per cent by 2030 (not compared to now BUT compared to where the UK would otherwise be). So Britons would be, on average, £4,300 worse off each year.

The Leave campaign has dismissed the figures as scaremongering, saying that by releasing Britain from regulations emanating from Brussels and saving our net annual EU contribution of £8.5 billion, businesses and wages could grow. Leave argues that companies, freed from EU red tape, would be able to invest more while central government could use the money saved from EU budget contributions to directly invest in the economy.

The claims are confusing, particularly those of the Leave campaign because it is dealing with hypotheticals. So, our blog is focusing on the potential direct impacts on household budgets should Britain vote to leave the EU on Thursday:

The interest rates charged on mortgages, secured loans and other variable rate forms of credit are determined by two things: the bank rate set by the Bank of England’s monetary policy committee each month and the amount charged by the banks and other financial institutions to cover the risk that they take on when they lend money.

Most economists anticipate that a Remain vote on Thursday will see the rates set by the banks increase very slowly over the next few years but continue to remain well below long-term averages. With the economy growing but uncertainty about the global economic outlook continuing to grow, the Bank of England is expected to keep the bank rate at its historic low of 0.5 per cent for much of the remainder of this year with a small rise only expected some time in 2017.

If the UK votes Leave on Thursday, the value of sterling against other major currencies could fall dramatically. This will have an impact on prices as imports become more expensive and inflation would rise. The Bank of England may be forced to raise interest rates – perhaps substantially – to ward off the inflation threat and to defend sterling so making borrowing more expensive.

Opinion is divided on the effect Brexit might have on the average household. Some economists believe that the foreign exchange markets have already factored in a Leave vote and that sterling has taken the ‘hit’ of quitting the EU over recent months. However, many others believe that the pound will fall further should Britain vote Leave on Thursday. That could, as we have already mentioned, make imports more expensive and with Britain continuing to import far more than it exports, exert upward pressure on inflation which would make the average household shopping basket more expensive. 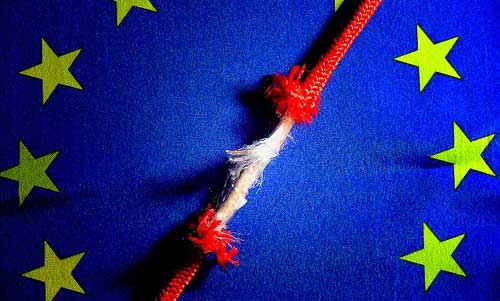 The uncertainty over Britain’s continued membership of the EU has, some economists claim, led to a slowing down in the rate of house price growth in recent months. While there are no certainties with house prices, one online estate agent has said that a withdrawal from the EU could result in house prices falling by as much as 5 per cent. eMoov.co.uk said that Brexit would cause uncertainty among homeowners and buyers and make it less likely that people would invest in property. Rental prices might fall, however, as Britain’s withdrawal from the EU could end freedom of movement and result in hundreds of thousands of European migrants having to leave, thus flooding the rental market with unoccupied houses.

If Britain leaves the EU and sterling does fall substantially, then the cost of travelling abroad could rise. Dame Carolyn McCall, the head of easyJet, has warned that Brexit would see the end of cheap flights. Writing in the Sunday Times earlier this year, she said: “The EU has brought huge benefits for UK travellers and businesses. Staying in the EU will ensure that they, and all of us, continue to receive them. How much you pay for your holiday really does depend on how much influence Britain has in
Europe.”

The AA believes that withdrawal from the EU could see the fuel bill for the average two-car family rise by £500 a year because of the weaker pound. The average British motorist currently pays 109.3p per litre of petrol but some economists have suggested that the price per litre could rise to more than 125p if Britain exits and the pound falls significantly.

The IFS has estimated that a vote to leave the EU would trigger a £30bn black hole in the country’s finances – driven by lower trade, investment and tax receipts. As a consequence Chancellor Osbourne has mooted that an emergency budget would be required that would tackle this deficit by raising taxes and cutting government spending.

You can explore the pros and cons of voting to remain or leave the EU at the BBC’s EU Referendum guide.