The best Christmas 2016 movies and TV

TV and films play a big part in Christmas for many of us. From the big Christmas Day movie, to the cinema releases scheduled specifically for holiday viewing, on screen entertainment is plentiful. Whether you’re a fan of the classic reruns, or looking for something new, there are lots of options for Christmas 2016. 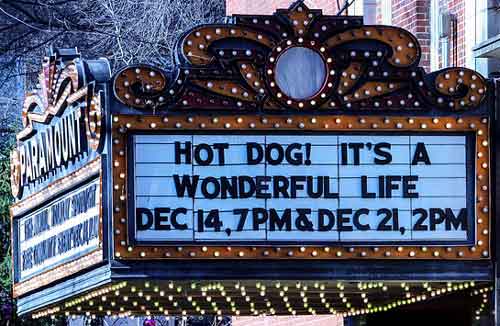 Released in the UK on 2nd December, Moana is the 2016 Christmas Disney movie. The film follows the story of Moana Waialiki, the daughter and heir of a chief on the small Polynesian island of Motunui. Teenage Moana sails out on a daring mission to prove herself a master wayfinder and fulfill her ancestors’ unfinished quest. The CG-animated adventure is great fun and filled with great characters and plenty of music and songs. Look out for Tamatoa, a self-absorbed crab who likes only shiny things and thinks appearances are everything. Proving him wrong is one of the central themes of the feel good film.

Is there any other film that has stood the test of time so impressively in terms of being everything that Christmas is about? Given the frequency with which It’s A Wonderful Life gets repeated, probably not. James Stewart stars as George Bailey who is feeling like a bit of a failure and about to end it all. Then his guardian angel arrives. George then gets a tour through life, as it would have been for others without him in it – and it’s not a pretty sight. A sort of anti-Scrooge tale, It’s A Wonderful Life is a warm and feel good film with a great message.

The big budget spin off: Rogue One A Star Wars Story (cinema)

Brit actress Felicity Jones takes the lead in this Star Wars spin off, released on 15th December. Set before the events of the original 1977 classic Star Wars Episode IV: A New Hope it is all about the Death Star. More specifically, the resistance mission to get hold of the plans for the Death Star. With direction from Godzilla and Monsters filmmaker Gareth Edwards the effects and visual impact are pretty breathtaking. Perfect for those who want to breathe new life into Star Wars Christmas obsessions of old.

Matthew McConaughey and Jared Leto took home the Best Actor and Best Supporting Actor Oscars in 2014 for this film. It tells the real life story of a Dallas cowboy diagnosed with AIDs in the 1980s at a time when little was known about the disease. Given just 30 days to live he begins to seek out treatments and eventually sets up the Dallas Buyers Club, selling revolutionary life-prolonging drugs to others similarly affected. The film is gritty, real and affecting but has a powerful message about a world that many people know little about. McConaughey’s character eventually lives seven years longer than doctors predicted and helps a lot of people along the way, which makes it an oddly feel good film.

You don’t need to have a Sky package to access this enormous collection of Christmas classics. From Home Alone, to The Grinch, Bad Santa, White Christmas and all The Santa Clause films, there’s a wealth of festive entertainment available. Sky’s Christmas Collection also includes sentimental favourites like Sleepless in Seattle and the films we all watched as kids, such as Gremlins.

Fronted by Jennifer Lawrence and Chris Pratt, Passengers – described as a ‘romantic sci fi’ – is released on 21st December. The film tells the story of two passengers in a space shuttle who awaken 90 years too early from their suspended animation. As a result, they’ve got the rest of their lives to live out on the ship with just each other. Big budget with great actors and a compelling romance, Passengers also has some thriller elements that make it more than just a romance in the stars.

If classic, cheesy Christmas movies really aren’t your thing then Netflix is the place to be this festive season. Essentially, Netflix has collected all the Christmas films that ‘don’t suck’ and provided an alternative to schmaltzy festive themes. Think National Lampoon’s Christmas Vacation, The Nightmare Before Christmas and Blackadder’s A Christmas Carol. Netflix also has some big film additions for the festive season, including Iron Man 3.