Why a bad credit rating could damage your personal relationships

According to a 2016 NerdWallet survey, almost 50% of people said that they wouldn’t date someone with bad credit. And the better educated the demographic, the more that figure increased. We live in an age of app dating when decisions about potential appeal are apparently based very much on looks. Eligibility comes into play in terms of personality and hobbies but there isn’t that big a focus on financial compatibility. Whether it’s a reluctance to mention money at an early stage because it feels like it’s “bad taste” – or something else – the way that we date today ignores this huge elephant in the room. But, as the NerdWallet survey shows, it’s crucially important to many people. 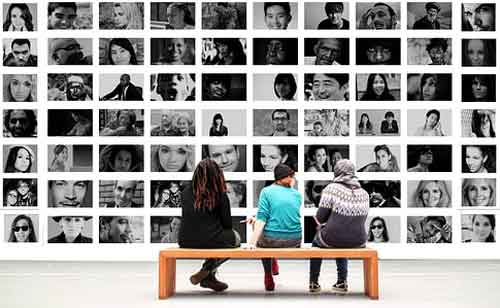 NerdWallet’s survey was carried out last Valentines Day and provided some crucial insights into where money and credit intersect with love and romance. 60% of women, for example, said that a partner’s financial situation was important to them, as compared to 45% of men. Given that there’s a pretty significant wage gap between the sexes – and women are more likely to stay at home with children – that’s perhaps not that surprising. What is surprising is that, across both the sexes, a bad credit rating is a big turn off. Even at an early stage in a relationship. 48% of people said that they wouldn’t date someone with bad credit. So, if your credit score is currently pretty puny then it could be far more damaging than bad hair or uninspiring chat.

Do you have bad credit? Then use our “Ultimate Guide to Improving Your Credit Rating” to help you get back on track.

For younger generations, the financial viability of a partner has an even bigger impact on whether they are an appealing prospect romantically. For example, overall, 35% of men said that a partner’s financial situation was more important than physical attractiveness. However, among Millennial men this figure significantly increased and 54% said that it was more important to them to date someone who was financially secure than physically stunning!

How your finances could damage your dating life

It’s unlikely that you’re going to be questioned about your credit score on a first date – or even before the date has been arranged. However, even if you’re using app dating you might find that any information you supply in your profile that could give a clue to your financial situation could be having an impact. So, for example, someone with a job like a lawyer or a real estate agent could well be more attractive to a potential date than a student. On the date too there is plenty of potential for finances to have a negative impact on the experience for the other person. For example, 46% of people wouldn’t go for a second date with someone whose credit card had been declined on a first date.

Money impacts all our relationships

If you’re having money issues then you’ll often find that this has an impact across all of your relationships, including the romantic ones. According to figures from the Pew Research Center 38% of married adults often or sometimes fought over money problems. Plus, there is evidence that couples who fight over money problems at an early stage in the relationship end up with a higher chance of getting divorced further down the line.

When is someone financially compatible?

No one is going to start entering their credit score or annual salary on apps like Tinder or Bumble. And would they be truthful about it even if they did? So, there are some subtler ways to find out whether someone is your financial match:

Of course, at some point, when a relationship gets serious, a frank and open discussion about finances, credit scores, income and debt levels is crucial. Up until that point it’s difficult to insist on openness. But there are other ways to introduce the topic subtly – for example, you could also use our Money Matters Playlist as the soundtrack to your next date. Tracks such as “Money, Money, Money” by ABBA or “The Fear” by Lily Allen could be the opener for an honest – but light-hearted – conversation about finances and financial attitudes to see where the compatibility lies.