Earlier this year it was announced that guarantor loans lender Amigo was to float on the stock market. When the floatation happened on 4th July it was something of a first for the UK financial sector. While Amigo is not the first sub-prime lender to float – others such as Provident Financial and Non-Standard Finance (owners of George Banco) have already done so – this time it’s different. Why? Well because Amigo falls outside the Financial Conduct Authority’s (FCA) definition of ‘high-cost credit’ – i.e. 100% or more APR. So the Amigo float is quite a landmark moment but what does it mean for consumers and for the industry as a whole? 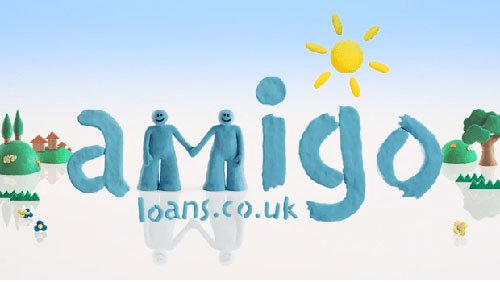 Where did Amigo come from?

Financial Processing Limited changed its name to Amigo Loans in 2012, operating as a subsidiary of the Richmond Group. The Richmond Group was a loan brokerage company set up by James Benamor in 1999. Benamor is now worth an incredible £1.1 billion as a result of Amigo Loans’ stock exchange flotation. From modest beginnings, Amigo has built up quite a history and has lent 185,000 customers over £700 million. It has an average APR of 49.9% and claims to be one of the cheapest alternative loans providers in the market. It is also one of the biggest – Amigo says that it is currently the largest guarantor loans company in the UK.

What does Amigo offer?

The rise to success experienced by Amigo has been built on the basis of offering credit to those who can’t get it by other means. The guarantor loans provided by the company are designed to be an alternative option for those who can’t access credit via banks and other sources. Amigo offers medium term loans of up to £7,000 with a maximum repayment schedule of five years.

What are guarantor loans?

Effectively, guarantor loans enable anyone to borrow even without a perfect credit score, with a troubled financial history or where there is no asset – such as a property – to secure the loan against. With a guarantor loan, a trusted friend or family member provides an assurance to the lender that the loan will be repaid by the borrower. If that does not happen then the lender can pursue the guarantor for repayment of the loan instead. Guarantor loans are a way of accessing credit no matter what an individual financial history contains and careful repayment can help to rebuild damaged credit scores.

The outlook for Amigo’s stock market listing was very positive with a valuation of £1.3bn on the company. Although it is a business that is built on higher cost credit, the APR charged by Amigo means that it falls outside of the FCA’s definition of high cost credit, which requires an APR of 100%. With the FCA encouraging many borrowers to move away from the 100+% APR of true high cost credit, Amigo has benefitted significantly in offering a much lower rate of interest. This idea of Amigo being “better value” is particularly understandable when you compare this to rates that are offered by some payday loans lenders, which can reach up to 5000% APR. While there are much lower rates available on lending via regular banks, accessing those rates often requires a very positive credit history, which many people don’t have. Amgio has created its own market by offering an in between – you don’t need to have a perfect credit history to access a lower rate.

Who will benefit from the flotation?

According to the business’ founder James Benamor, directors and employees will make £326.8m from the company now that it has floated. On the day of flotation the company exceeded expectations with shares jumping to 310p, against an offer price of 275p in early trading on the London Stock Exchange. As Amigo currently has roughly an 88% share of its niche market, positivity has been high surrounding the stock market flotation.

What about the future for Amigo loans?

In July of this year – two weeks after flotation – Amigo lost 10% of its stock market value in just a single day when a Times investigation that revealed it was allowing customers to manipulate affordability checks. This loss amounted to around £140 million. There have also been concerns expressed about the way that Amigo does business – for example, it was revealed that Amigo often took aggressive court action over a missed payment after just three months. Despite this, the company remains fairly buoyant but will need to proceed with caution. Given the changes the FCA has made to regulation concerning the way consumers are treated by lenders in other markets, such as payday loans – the costs of which inevitably fall to the lenders to bear – any hint of trouble could bring the newly publicly trading company to a painful place.