The average UK salary is £26,500 and yet research carried out by the Daily Mail found that families with incomes of £50,000+ are struggling to get by. If those considered to be living a ‘nice middle class’ existence aren’t coping, what hope is there for someone on a much smaller income?

The Daily Mail spoke to four families – all bringing in a joint income of more then £50,000 per year – who said they were struggling to get by. Some had to borrow from friends and family to meet end of the month bills while others hadn’t had a holiday abroad since 2012. You might assume that these families must be splashing the cash on new clothes, Christmas presents and pets but the spending actually showed rather a lack of extravagance. So where does the money actually go and how could these families find savings? 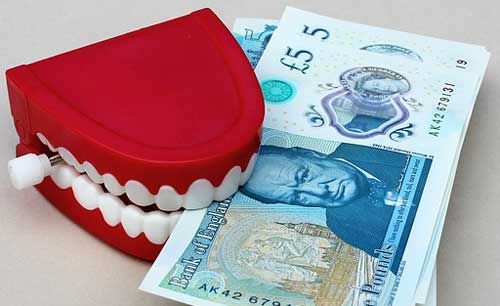 The cost of childcare was one of the biggest expenses for the households with children. In fact, three households spent more on childcare each month than on their mortgage. One couple – Rhiannon and Craig – said, “The nursery fees for the twins, at £1,000, were crippling enough, but then Phoebe came along. She was a surprise baby, and while there was no question of not having her, it’s been an added cost that we simply didn’t foresee.”

Savings potential: make use of the 15 hours a week free childcare allowance in the UK, see if you’re eligible for tax credits and childcare vouchers to help cut your costs.

Unsurprisingly, property is one of the most expensive outgoings for all the families. Costs ranged from £500 a month in mortgage payments, to £1,000 a month to rent a three-bedroom house. However, for those couples who have bought a house it wasn’t just the cost of the property itself that was eating into that monthly budget. One couple, Lisa and Gavin, purchased their home for £260,000 but said, “our old house eats money.” In particular, they mentioned a £1,000 cost to have a crack on the outside of the property repaired and the gutters cleaned because rainwater kept dripping into the house.

Savings potential: switch to a cheaper mortgage deal, rent a smaller home or raise money from your property by taking in a lodger. Keep up property maintenance to avoid having to pay out for problems that have been ignored and become worse.

Another big expense for all of the households that took part in the Daily Mail research was food. Food prices have risen sharply over the past year and it is estimated that the weakened pound following Brexit could add an average £21.31 to quarterly food bills. For the families in the survey, the rises are clearly being felt – one couple, Susan and Gordon, said, “our biggest expense is food.”

Savings potential: create a food budget and stick to it. Try Meat-free Mondays to save money each week. Cook in bulk and then freeze and reheat food during the week. Use a grocery comparison app such as Latestdeals to save up to 30% on costs.

Earlier this year thousands of UK households saw their energy bills go through the roof, rising by up to 60% as cheap fixed-rate deals came to an end at the same time as standard tariffs increases kicked in. A survey of Guardian Money readers found that many customers were facing annual increases in 2017 – 2018 of £300 to £400 a year. For the families in the survey the combined cost of gas, electric, home phone, mobile phones, broadband, insurance and council tax could be as much as £1,180 a month.

Savings potential: shop around to make sure that you’re getting the best deal on all your utilities. Switch to cheaper deals to save cash.

The cost of owning and driving a car is another substantial expense for many families. However, given the annual price hikes in many public transport networks it’s often not that much cheaper to take the train, for example. The families in the survey paid more for two cars, and substantially more for season tickets for public transport, with transport costs for some more than monthly mortgage costs for others.

Savings potential: look at car-pooling for the school run and consider getting a bike for cycleable commutes. Take advantage of new flexible working opportunities to work from home a few days a week to save on transport costs.

What about other costs?

Christmas, putting money aside for children’s’ futures, clothes, hair and beauty and the odd holiday all carved out a part of the families’ budgets. Although for some, additional luxuries such as foreign holidays, were just not on the cards. And when all the outgoings were accounted for this is what the couples’ finances looked like:

That’s not a lot of change from twice the annual British salary. However, as our suggestions show, with a few smart choices there are ways to create small savings that can be put aside to invest in the future.