With supermarket food prices rising by 5% how can you make savings?

Justin King, the former boss of Sainsbury’s, has been quoted forecasting food price rises of 5% for 2017. The main reason for the increase is – King says – the fall in the value of the pound that has followed the Brexit vote. With the pound now worth less, ingredients and packaging shipped in from overseas cost more in £ terms. This means that companies producing food and consumer goods that aren’t entirely made in the UK may up their prices. The Marmite debacle was a recent example of this. Marmite was one of the products involved in the pricing row between Tesco and Unilever, which makes the spread. Unilever claimed the need for a price increase ‘because of Brexit.’ According to Mr King, about 50% of what we buy is sourced abroad and that’s what will drive the food price increases. If food prices do rise, what can you do to keep costs down? 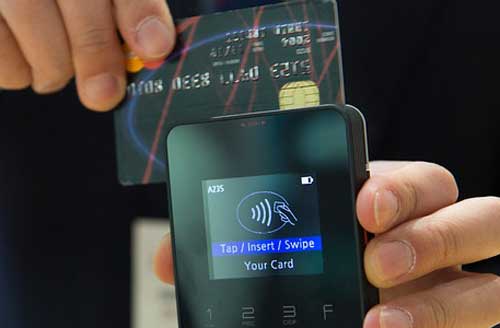 Although there’s clearly no need for panic buying, it might be wise to stock up on some items before food prices rise. Canned goods, cereals, rice and grains, jams and spreads could all potentially be purchased now and put aside. If you were planning to buy new white goods – such as a fridge – it might be worth doing this sooner rather than later. Justin King thinks we won’t see these rises for another year so there’s plenty of time to plan.

If you haven’t yet learned how to do food budgets, now is a great time to start. It’s always simpler to work from the amount you have to spend, rather than what you want to eat. Spend the first month working out what you’re already paying for food so you have a starting point. Then look at where savings can be made. Waste is a key drain on any budget – purchasing items only for them to sit in the fridge or cupboard and then go in the bin. Use the guidance of the budget to buy only what you need so that you’re not overbuying and wasting food and money.

There’s just no substitute for the savings of growing your own. Of course, fruit and veg already grown in the UK shouldn’t – in theory – be affected by Brexit price rises. However, some commentators are predicting overall rising food prices as a trend, regardless of what is being sold. It’s very simply to grow a few items of fruit and veg in a pot, window box, garden or allotment. Salad leaves, potatoes, spring onions and peas are some of the simplest veg options. On the fruit side, go for blueberries, raspberries and strawberries. Although you won’t have a plentiful year round crop unless you’ve got some serious space, every little helps.

Many ready meals are imported, as are jars of sauce and tins of meat and fish. This is where the rising food prices are really likely to kick in. Many manufactured food products that aren’t sourced from overseas may still have components that have come from outside the UK. Even one overseas ingredient will push prices up. The best way to avoid these price rises is to buy local and seasonal and avoid (as far as possible) products that are heavily packaged and pre-prepared.

Panic buying is often where we end up making the worst spending mistakes. If you’re in a supermarket and you’re hungry, or in a rush, then inevitably the bill ends up being twice what it needs to be. Plan meals ahead instead – three weeks or a month. Choose meals that you can extend – for example, pasta in the evening then pasta salad for lunch the next day. Create a shopping list from your planned meals and stick to it. Go food shopping once a month and avoid the temptation to just buy and eat as the mood takes you.

If you have a decent sized freezer then freezing food can help to keep costs down. From leftovers, to bulk buys, using the freezer can make what you’ve already cooked last longer and also enables you to buy to take advantage of bulk discounts. Make sure you maintain your freezer so it isn’t just an impenetrable mass of ice. Keep a list of what’s in there and make use of your frozen food in your meals. Write a purchase date on everything that goes in so you know when it needs to be consumed by.