How Much Do We Spend on Fast Food? The Shocking Truth

Fast food dates back to the 1950s when the good old US of A popularised the hamburger and helped to create a whole industry around food that is essentially available over the counter in a matter of minutes. Today, we include the usual hamburger chains in the definition of fast food, as well as a whole range of takeaways and drive thrus that provide us with everything from tacos, to curry, to pizza. There has been no shortage of reports on how little nutrition fast food contains and yet we still buy it. In fact, we buy it in record amounts. 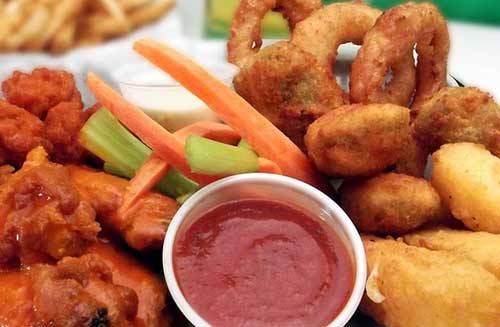 Over the past couple of years various surveys have revealed just how much Brits spend on a fast food habit. According to a 2014 survey by VoucherCodes.co.uk  we are spending more than £30 billion a year on fast food and takeaways. For many people that’s a significant proportion of their food budget. In fact, some estimates indicate that some of us are spending around a third of our food budgets on fast food and takeaways. The same survey states that we are consuming 84 fast food meals each every year – that’s almost two per week. In some locations people are even keener on getting their fast food fix. Coventry, for example was shown by the survey to be the location where fast food is the most popular with local residents consuming 156 takeaways each per year.

A further survey in 2015 (for the BBC’s Good Food magazine) found that this penchant for fast food has become a reliance on meals prepared by someone else for many young people. Research indicated that, on average, 16-24 year olds were spending £20 a week on takeaways, despite being the generation with some of the most serious financial issues (such as student debt). This figure is higher than that for the average adult – the same research showed that those over the age of 24 were spending around £3 less a week on takeaways and fast food and those over 65 around £17 a week less.

These figures would indicate that younger people have become much more reliant on fast food and takeaways than older generations – those who were the first to be targeted by the original fast food of the 1950s. This is despite the fact that we have seen a huge surge in cooking and baking shows and the ‘hipsterfication’ of healthy gluten free diets and ‘clean eating.’ A number of experts have concluded that this is because young people simply don’t know how to cook and don’t understand the intricacies of nutrition in food and the need to make sure that enough is being consumed. This is supported by a wealth of statistics such as that from the same 2015 survey that found that 14% of adults under the age of 24 don’t eat any fruit and vegetables at all.

For those young people questioned as part of the BBC’s Good Food Magazine survey, cutting out the fast food could reduce food bills by around £1,000 a year. As most young people under the age of 24 aren’t earning high-end salaries that’s a significant saving that could be put towards something such as the deposit for a flat or even a holiday. That’s to say nothing of the detrimental effect of consuming so much food that has such poor nutritional content. Many fast food options exceed daily limits on fat and sugar content on their own and almost all fast food tops the 20g of fat that is considered to make a food product a ‘high fat’ choice.

Finally, as well as the up front cost of paying for our bhunas and burgers, there is the future cost of the effect that consuming so much high calorie, low value food has on our health over the years. All over the world surveys have linked fast food to obesity in children and in adults, driving up numbers of health issues from a much younger age and triggering a broad range of linked conditions, such as diabetes. Although estimates vary, the cost of obesity in the UK is thought to be around £27 billion, and rising, and around one in ten deaths in Europe are now linked to obesity. So, while the cost to our wallets of consuming a large quantity of fast food is high enough already, the cost to our health in the years to come could be even worse.

For other ways to reduce your family budget see our top tips.