If you’re a first-time buyer and are looking for your first house, how much do you need to have in the bank for a deposit? And, perhaps more importantly, if you don’t have it how to you go about saving up enough for that deposit? You will need a deposit of at least 5% of the value of the home you want to buy. That means, that if you wanted to buy a house worth £150,000, then you would need to save up at least £7,500. But most mortgage lenders are now looking for a deposit of at least 10% or £15,000 on that house worth just £150,000.

Yet, the average price of a property in the UK hit close to £220,000 last year meaning that you might need to find £22,000 for a deposit. And if you planning to live in London, the news is even worse with average house prices knocking on £450,000. Saving up £45,000 sounds like a nightmare, particularly when you consider that 16 million people have less than £100 in the bank. 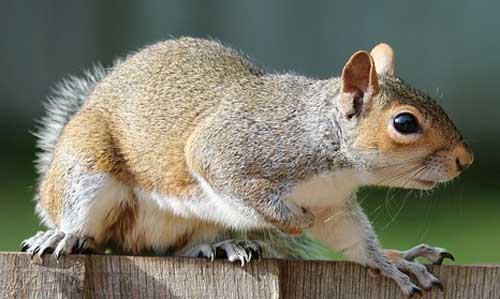 Financial campaigners, though, believe that saving up a substantial deposit is a lot simpler than people think. One of them – Robert Gardner who is chairman of the Children’s Savings Policy Council – has written a book for children on saving called “Save Your Acorns”. In his book, a group of monkeys want all of the bananas they have while some bears eat most of their berries, storing any they have left over. However, a third group – squirrels – save a fifth of their acorns before they start living on the 80% that they have left. The saved acorns grow into big oak trees and eventually produce many more acorns than the squirrels started out with.

Mr Gardner told the BBC: “The point is that saving doesn’t mean you can’t enjoy things in life. But it’s about budgeting. You get 10 and bank two. That two is what will help you in the future.”

His philosophy is simple and, Mr Gardner believes, could allow many people to save up to £60,000 by the time they are 40. He says that people should stop buying something they get every day – a £2.50 cup of coffee, for example – and invest the money instead in the new Lifetime ISA which is due to launch in April.

If you invest the money in shares it could grow by up to 7% a year and the Government will also put in an addition 25% of the money that you save each year. Once you take into the effect of compound interest, Mr Gardner says that somebody saving £2.50 a day between 18 and 40 could end up with £60,000 in investment. Lifetime ISAs have a condition that the money can only be withdrawn to be used on a house or flat or the investor must wait until 60 to take it out.

Saving on a lower income

The ‘acorns’ advice doesn’t just apply to those on higher incomes or people wanting to buy a home. People on low incomes have been able to save relatively large sums using Mr Gardner’s principle.

One woman in West Yorkshire earning under £16,000 a year who was also in receipt of disability benefit, managed to save between £200 and £300 a month after taking part in a savings challenge launched by the Money Advice Service. She made a sandwich every day instead of buying one at lunchtime, thereby saving £3 a day. When she got home, she put the £3 in a pot before investing it in an ISA. At one point, she had £2,000 in her ISA.

She also used a spreadsheet to keep control of her income and expenditure, prioritised debt so that she paid off those with the highest interest rates first, switched savings accounts, shopped at a lower cost supermarket saving £25 a week on food, squirrelled money away for bills in advance, reduced the credit limits on her cards and took a variety of energy-saving measures in her home.

Use an app to save even more

There are several smartphone apps available which can help you work out how much discretionary money you’ve got in an account and then automatically put it in a savings fund.

The apps use algorithms to analyse your spending habits, compare them with forthcoming income, and then to calculate how much you won’t have to spend and then switch it into a savings account.