Focus on your needs and not your wants

Keeping up with the Joneses; casting envious eyes at your neighbour’s new car; fretting that your friends seem to be doing so much better than you. These are all natural impulses driven by that most basic of human instincts – to out compete the people around us in the race for survival. But in these examples you’re focusing on your wants rather than your needs.

Comparing your spending and apparent standard of living to that enjoyed by everybody else is what drives the UK consumer economy. But, as countless surveys have shown us, the car you drive, the holidays you take and the size of your smartphone are neither true measures of your quality of life or accurate indications of how happy you are. 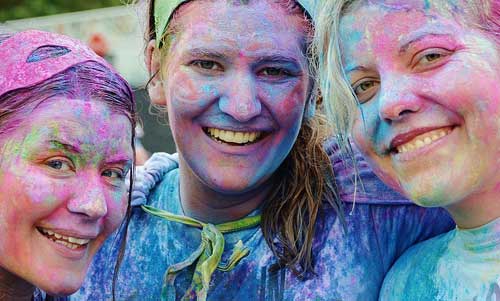 Rather than comparing yourself to others, you should really be asking “how am I doing?”. Mark Twain once said that “comparison is the death of joy” and it remains as true today as it did in 19th century America. While there are average figures for household income, spending and consumption, none of these are what most people would describe as “normal”. The part of the country that you live in, your standard of education and average prices all play major parts in what you would describe as normal. If you live in a relatively less well-off part of the country where house prices may be lower than average and incomes smaller, then it’s clearly nonsensical to try to compare yourself with an old school friend who now lives in London on a larger income but who may be struggling to get on the capital’s housing ladder.

Work out what your normal spending should be

If you are constantly struggling to make ends meet and have little money left over at the end of the month then there is a good chance that your spending is not under control. Being disciplined financially is the key to both living within your means and to finding a level of contentment that may have eluded you up to now.

Unless you are one of the super rich, then you should be aiming to follow the simple 50/30/20 rule. This formula for financial discipline was created by Elizabeth Warren, an expert in spending and bankruptcy at Harvard. In its most basic form, it looks like this:

Being able to successfully follow this rule will mean that you’ll have to learn how to create a household budget and then be disciplined enough to follow it. But what, in general terms, does a budget which conforms to the 50/30/20 rule look like?

This is the $64,000 question. At its most basic level, any payment which you can put off without causing you difficulty is a want. That includes things like your satellite TV subscription, upgrading your smartphone or trading in your three-year-old car for a newer model.

Food, heat, light, your mortgage or rental payments and prescription charges are all examples of needs. Likewise credit card repayments – if you don’t make these one month, then this will affect your ability to get credit in the future and could impair your quality of life.

This sounds simple but is actually harder in practice. While ensuring that your family eats a healthy and balanced diet is a need, always buying the most expensive branded foods is actually a want. It is quite possible to meet your needs for a decent diet with modest expenditure, and to go beyond this (e.g. always shopping at Waitrose) is satisfying a want.

Replacing your clothes when they wear out is satisfying a need while smartening up your wardrobe with new fashions every time they come out is clearly a want.

By closely examining every spending decision according to these criteria, you’ll quickly be able to limit your wants and concentrate on your needs.

Step 3: The 20 per cent saving and debt repayment rule

Make sure that you allocate at least a fifth of your income to repaying debt or if you only have secured lending balances (like a mortgage) diverting this money into savings. The faster that you can reduce your credit card and other unsecured loan repayments, then the more you’ll be able to devote to saving (either pensions or other investments) to secure your long-term financial future.

If you have a large mortgage, consider increasing your monthly repayments so that you can pay it off faster and limit the total amount of interest you will eventually have to pay.