What could Brexit mean for you and me?

It is certainly one of the biggest news items of recent times – the ‘Brexit,’ the idea that Britain may exit the EU. The referendum that will take place on June 23rd will give those of us who live in Britain a direct choice between staying in the EU and stepping out of it. The EU was formed in 1993 as an evolution of the EEC or “Common Market”, that the UK joined in 1973. It has developed policies to cover aspects of free movement of people, goods, services, and capital for those who are based within its borders. There are currently 28 members of the EU and this huge body includes a number of different European institutions, such as the European Parliament, the European Council, the Council of the European Union, the European Commission, the Court of Justice of the European Union and the European Central Bank. 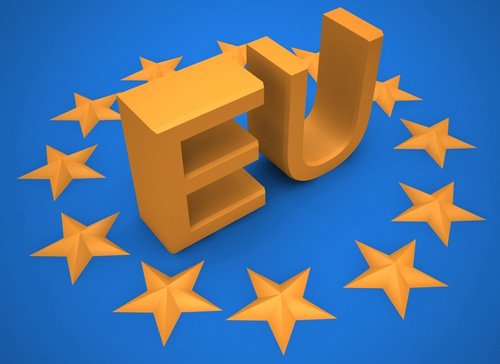 We’ve all seen the satirical cartoons, the splits in the Conservative party that have resulted from arguments over the issue, and the various, endless news items on the subject. But what would a Brexit actually mean for the British public?

Will the UK be better off financially?

A large proportion of goods produced in the UK are exported to the EU and should we leave there will be a requirement to negotiate new trade agreements for those. Many believe these are likely to be less favourable than agreements currently in place. On an individual level this could cost us all. According to a ‘conservative’ estimate from the Confederation of British Industry, the benefits of EU membership amount to 4-5% of GDP, or as much as £78bn a year, making each household £3,000 better off as a result of Britain being within the EU. However, losing this depends largely on whether the UK is able to negotiate those positive trade agreements with the EU – and also what happens to the way we trade with the rest of the world.

There are lots of different ways of arguing whether your job is affected by being in the EU. We’ve all heard the ‘immigrants coming over here taking our jobs’ line but that works the other way too – in the past, MP Nick Clegg has claimed that 3 million jobs depend on British membership of the EU and it’s true that being part of the organisation gives organisations we work for access to a market of 500 million consumers that could be cut off if we leave. If you work in car making or financial services, for example, then your job could also be at risk from a departing employer, as companies such as Nestlé, Hyundai and Ford, and Goldman Sachs have all considered scaling back UK operations if we leave.

If you own a business, or are even just employed by one, then leaving the EU may have a big impact. Some argue that this impact would be a freeing up of UK businesses, which would no longer be governed by EU rules and regulations, and could potentially go on to forge trade links with faster paced emerging markets, such as Brazil. Others believe the loss of easy access to the EU market as a result of leaving could weigh heavy, particularly on SMEs.

Will we be better able to control immigration?

This is, without a doubt, one of the biggest issues when it comes to being a part of the EU and being able to ‘take back our borders’ is a foundation of the campaign to leave. It’s worth remembering though that more of our immigrants come from outside the EU – 292,000 in 2014, as opposed to 251,000 who arrived under EU free movement rules in the same year. Some have speculated that the only way that the EU would allow us to continue trading with it would be if Britain still allowed free movement, almost on the same basis as now. There are arguments that stepping out of the EU would slow our immigration, however, Norway – a country opted out of the EU – received twice as many immigrants as the UK in 2013.

What has the EU ever done for us?

Legal protections – it’s thanks to the EU that we have a large amount of consumer protection against faulty goods, as well as the protection of the European Convention on Human Rights.

Travel – it’s EU rules that provide us with access to compensation for flight delays and cancellation from flights within the EU, and there could be significant issues for expats, many of whom would suddenly have no right to live in the EU and would have to start applying for visas.

Science – the EU is a pioneer when it comes to research and science and the UK is one of the largest recipients of research funding in the EU, which would fall away if we left.

Football – if the UK left the EU, players from the EU would not be able to sign so easily for UK football clubs as they would not automatically qualify for visas!