UK Household debt is worse than it’s ever been!

Household debt and consumer spending have frequently made the headlines over the past year. In 2017, the government was warned by ratings agency Standard & Poor’s that the UK consumer credit bubble of £200 billion was simply not sustainable. Now, the Office for National Statistics has revealed that British households are in deficit for the first time since the credit boom of the 1980s. With a combination of unbalanced household spending and over-reliance on credit, the financial future for many UK consumers does not currently look that bright. 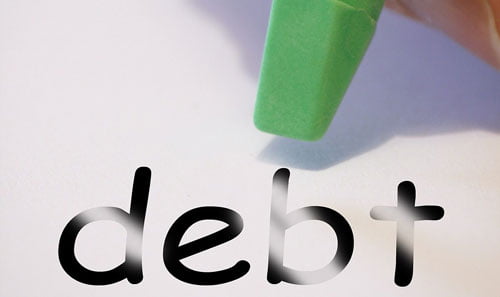 According to figures from the Office for National Statistics, in 2017 UK households spent on average £900 more than the income that they received. It’s this overspend that has put British households in deficit for the first time since the 1980s. Those households that spent more than they earned were either forced to borrow to cover the £900 deficit or had to use savings to bail themselves out. This is a worrying sign for economists who have already predicted that UK consumer finances are fairly finely balanced. Thanks to the impact of Brexit, as well as low wage growth, there is already tremendous pressure on household spending with many more people turning to credit cards and personal loans to pay the bills.

UK household debt worse than at any time on record

The Office for National Statistics has highlighted that the total shortfall in household spending amounted to nearly £25 billion in 2017. This is worse than at any time on record and means that the UK currently has a deficit that is equivalent to 1.2% of GDP. But where is the debt coming from? According to official figures:

There is a widespread perception that these excessive levels of debt – and low levels of saving – are a sign that UK households are living beyond their means. However, many charities have warned that this is not the case. StepChange, for example, said

“The reality is that too many households, here in Britain, in 2018, simply cannot make ends meet, however hard they try.”

Debt statistics are not the only rather depressing figures to emerge this summer, as personal insolvencies have also hit new levels. According to The Insolvency Service, which is a government agency, the number of people declared insolvent hit a six year high in the three months running up to June 2018. The figures represent a 27.3% increase on those from last year with a total of 28,951 individual insolvencies in the second quarter of the year. This is the highest figure there has been for IVAs since they were first introduced in 1987.

The significant increase has been driven up by the record numbers of Britons who have been forced to take out individual voluntary arrangements (IVAs). An IVA gives someone who is not able to manage their debt on existing terms the opportunity to restructure the agreements that are in place with creditors. IVAs made up nearly two thirds of the total number of personal insolvencies in the second quarter of 2018 with Debt Relief Orders responsible for 24% and bankruptcies 14%.

Data from The Insolvency Service has also identified that some locations in the UK are far worse for personal insolvencies than others. In 2017, it was Stoke-on-Trent that had the highest rate of personal insolvencies in the country, followed by Plymouth, Hull and Scarborough. However, across the UK all the signs are that there are now many more people struggling with debt and personal finances than was previously the case. What is particularly worrying many experts is the fact that the Bank of England could continue to gradually raise interest rates. Should that happen, even servicing existing debt could become impossible for many people and the number of personal insolvencies could rise further still.

What to do if you’re struggling with debts:

Ask for help before it’s too late – the earlier you ask for help, the more options you’re likely to have. StepChange and the National Debtline are just two of the options available.