How to turn getting fit and staying so into cash!

Obesity is one of the leading preventable causes of death. According to the UN Food and Agriculture Organisation one in four British adults is obese. That puts the British high up the world ‘obesity league’ above countries such as Ireland and Spain. Not only that but one in 16 people has diabetes in the UK, mostly Type 2, which is linked to poor lifestyle choices. Plus, nearly 10% of children in the first year of school in the UK are overweight. So, the UK is not exactly a shining example of good health. 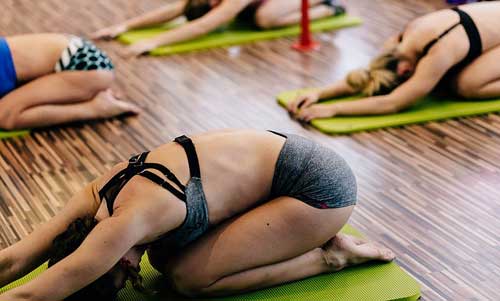 Many causes have been put forward as to why we have become such an unhealthy nation. From desk jobs and longer working hours, to the increase in TV time and addictions to unhealthy foods, there are lots of opportunities to become fatter and less fit. However, what stands out as a bigger problem than any other is a lack of motivation. We’re all happy to like Instagram photos that provide #fitspo but when it comes to getting up and achieving that for ourselves – not so much.

Would you be more motivated to reach your exercise targets if there was a reward at the end of it? If achieving that daily run could net you cinema tickets or discounts on your food shopping? There is no one single solution to the issues that affect the UK population when it comes to health and fitness. But tackling the motivation problem is a great start – this is where the NHS England’s ‘Healthy Towns’ initiative, that was announced in 2016, is designed to make an impact.

The idea behind the Healthy Towns initiative is that the burden of lifestyle related illnesses on the NHS can be reduced by motivating people to be healthier. For example, there is a proposal to create an app that rewards people for reaching walking goals. Those rewards could be anything from cut price shopping, to discounts on sports kit or vouchers for entertainment. The initiative was launched in March 2016 and covers 76,000 homes and 170,000 residents. It extends right across the country and is intended to include many different projects and ideas. In Runcorn, Cheshire, for example, as well as the walking app there are also plans for outdoor gyms, free cooking lessons and free bikes. Simon Stevens, the head of NHS England, said:

“As these new neighbourhoods and towns are built, we’ll kick ourselves if in 10 years’ time we look back having missed the opportunity to ‘design out’ the obesogenic environment, and ‘design in’ health and wellbeing,”

According to a Design Council estimate the average Brit walks for less than nine minutes a day. Given that healthy adults aged 19 – 64 are supposed to aim for 150 minutes of moderate aerobic activity each week to stay healthy that means many people in the UK are falling far short of the recommended targets. This epidemic of unfitness doesn’t just affect individuals and the NHS but wider society too – it’s estimated that 130 million work days are lost every year due to ill health. That’s why everyone, from planners and developers, through to employers, are being encouraged to engage with this new perspective that encourages a healthier lifestyle for the benefit of everyone.

It’s not just NHS England that has seen the potential in offering incentives and rewards in return for maintaining levels of fitness and reaching certain wellbeing goals. Wearable fitness tech – such as the Fitbit – can now be used to earn cash and prizes via performance. There are numerous schemes and programmes now in place where you can hook up your fitness tracker and use healthy habits to earn rewards, such as vouchers and cash back.

For example Bounts, which enables you to connect any fitness tracker to its app and start building up points. The points can be converted into offers from big name brands or the opportunity to take part in challenges – which can then be converted into even more points. Then there are apps such as Healthy Wage – this involves using the incentive of cash to reach a weight loss goal. When the goal is set, you make a wager on it i.e. how much you’re willing to bet on whether you’ll actually reach the goal. If you meet the goal then you win the cash prize, if not then it goes into the Healthy Wage pot for good causes.

If there’s one thing that most of us know it’s that the carrot is often more powerful than the stick when it comes to motivating human behaviour. If you’re keen to get fitter – or looking to lose weight – then it’s worth exploring the various rewards and incentives on offer to find a way to meet those goals and earn at the same time.