How to release equity to pay for home improvements

While even getting on the property ladder is a tough task for younger generations, many over-50s are already living mortgage-free. Property is considered the wisest of investments. In fact, according to a report by Consumer Intelligence, one in three people has given up on a pension to fund retirement, relying on investing in property instead. However, the most pressing question for many property owners is what happens if you need to access some of the cash you’ve poured into bricks and mortar. How can you turn that investment liquid without selling? This is where equity release comes in.

“I’d like to make improvements to my home but I don’t have the disposable income.”

“My property requires repairs or upgrades but I’m not sure how to pay for it.”

“I’d like to be able to give my son a contribution to a deposit for a flat but I don’t have much in the way of savings.”

“I’ve worked hard to pay off my mortgage but now don’t have much cash with which to enjoy my retirement.” 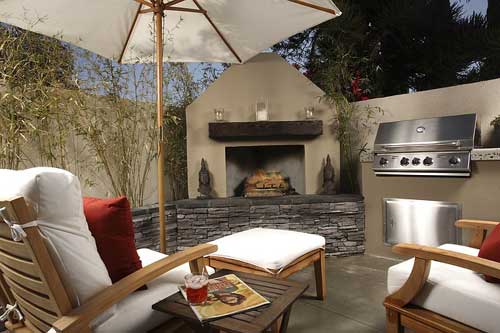 There are many reasons why people consider equity release. It’s increasingly become a more popular option for creating a way to make retirement more comfortable – or to support the generations coming up behind. In the second half of 2016, £1.24 billion of housing wealth was accessed via equity release. The spring 2017 Equity Release Market Report from the Equity Release Council found that the equity release market in the UK grew 34% between 2015 and 2016. That’s double the rate of growth compared to 2014 – 2015. For mortgage-free homeowners, without other cash reserves, it’s a thoroughly appealing option.

This is by far the most popular option for equity release. According to the Equity Release Council, 27,534 new plans were agreed in 2016 alone. This is an option for any homeowner over the age of 55 and allows borrowing up to 60% of the value of the home. The money can be released as a single payment or broken down into a number of payments over a period of time.

The lifetime mortgage behaves very much like a normal mortgage with interest due on whatever value has been released from the property via the scheme. However, there are differences, the most important of which is that you can choose not to make a monthly payment. While that could trigger a repossession with a regular mortgage, that’s not the case with a lifetime mortgage. Instead, the interest rolls up and is added to the loan. The entire amount is repaid either on death or when the homeowner moves into residential care.

You need to be older to access this type of equity release (60 – 65). It works so that you sell a part of the property to the equity release provider. In return you get:

Although a home reversion plan doesn’t involve any interest payments, valuing the portion of the home sold to an equity release provider is slightly different to a regular market valuation. Usually, only 20 – 60% of the market value of that part of the property is allocated. So, for example, a homeowner selling a £200,000 property under a home reversion would get £20,000 – £60,000, rather than the £100,000 that the proportion of the property would be worth if it was sold on the open market.

If you no longer have a mortgage then perhaps the most straightforward way of accessing the equity in your home is to do a simple remortgage – it doesn’t have to be for 25 years; you could pay it back faster if the sum you’ve borrowed is not considerable and you still have a reasonable income.

If you still have a mortgage but want to get at the equity that’s built up then you could remortgage or you could use a secured loan – secured loans have a number of advantages, so they are worth considering. Neither of these options would have been open to older people even just a few years ago, but lenders are acknowledging that has been unnecessary age discrimination and are starting to relax the old rules.

According to equity release specialists Responsible Equity Release, home improvements or passing on early inheritance are not the only purposes for which equity release is being used. Paying off debts is another way in which many people are using equity accumulated in a property to free up cash for other things. In particular, those who haven’t quite reached a state of being mortgage-free find it useful to turn to equity release to pay off the last of mortgage debt. This not only removes the need to consider monthly repayments that put a home at risk if missed but also releases the cash that would have been used to cover those payments for better things.

More and more people are starting to consider equity release as an option for a better-funded retirement. From home improvements, to travel and giving money to those you love, it provides a simple way to create cash flow from your property value.