The potential pitfalls of equity release

Equity release has become one of the fastest-growing areas of personal lending in the UK in recent years. But the rapid expansion has also led to controversy with some financial analysts describing them as the ‘next big personal lending scandal’. Here, we look at the pros and cons of equity release schemes. Is the grass really greener, or are there better alternatives? 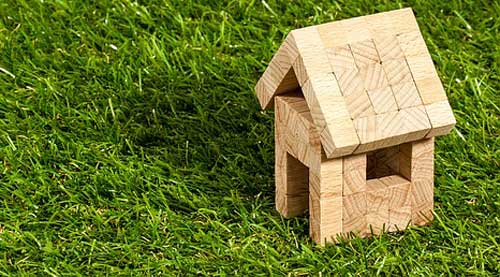 What is equity release?

Equity release is a form of lending which allows people over the age of 55 who own their own home to borrow against the amount of equity that they have in it. People who are in their late 60s or 70s often have large amounts of money tied up in their property with no means of accessing it apart from selling up. Equity release allows them to tap into this money without having to make very large monthly repayments.

That’s because, borrowers do not have to pay interest on the amount that they borrow. The interest is agreed at the outset and rolled over until the borrower dies and is then repaid when the house is sold.

Equity release schemes are primarily sold by large insurance companies. They do this through independent financial advisers who must be qualified to offer impartial advice that takes into account a client’s personal circumstances before recommending a particular product.

Some of the companies who offer equity release plans are Aviva, Legal & General, Just Retirement, Hodge Life and Bower Retirement Services. And you can find out about your equity release options through our website.

What’s the problem with equity release?

That depends on who you believe. Some personal finance experts have described equity release schemes as a ‘scandal’, claiming that the companies that sell them are taking advantage of vulnerable elderly people. One expert told a major newspaper that his father and mother-in-law had taken out a £70,000 equity release loan and then had to pay back close to £120,000 just five years later when they had to move into residential care. That £50,000 cost was made up of an early redemption clause and the rolled-up interest which amounted to 6 per cent.

Thirty years ago, equity release was a scandal when some lenders continued to chase the children of borrowers for high rates of interest long after their parents had died. But today, equity release is a far cry from that of the 1980s. Most schemes include a no-negative equity guarantee meaning that if the total debt at the end of the plan is greater than the value of the home, a lender is not able to pursue descendants for any shortfall.

Lenders are also regulated over what information they have to give to borrowers when it comes to the costs of the loan. Borrowers are also urged to discuss their plans with their children before entering into a scheme.

But despite these new protections, equity release is still expensive with interest rates typically higher than for the average mortgage. For example, a couple in their mid-70s who want to borrow £95,000 on a house valued at £250,000 could borrow at a fixed interest rate of about 7 per cent. That means that after five years, the debt would be nearly £132,000 and nearly £184,000 after 10 years.

Reducing the cost of equity release

If you’re thinking about equity release, then it’s vital that you shop around because interest rates can vary considerably. Talk to your financial adviser about this. According to Age Partnership, the average interest rate for a lifetime mortgage taken out in 2015 was 5.82 per cent.

You can reduce the overall cost of an equity release plan by opting to draw down the money when it is needed rather than taking the loan in one go. If you do this, then less interest will roll up over the lifetime of the loan.

What are the alternatives to equity release?

Before jumping into a hefty loan, you should consider whether you can raise money in other ways. These might include: