What are the prospects of retirement for those aged under 50?

According to a report by the Resolution Foundation thinktank, by 2040, nearly one in seven Britons will be over 75. Plus, a third of those who are born now can expect to reach the age of 100. Although the UK’s ageing population is no secret, these are some pretty enlightening facts. Together, they indicate a country that will become even more top heavy, in terms of age demographics. This means that over the coming decades, retirement is going to be a very different concept indeed. 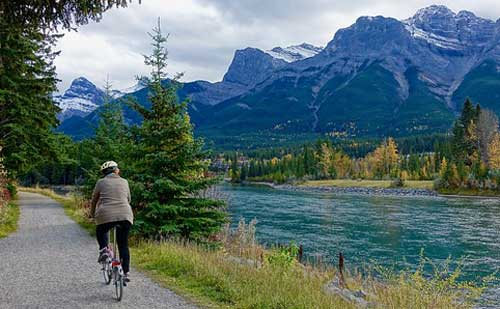 Anyone approaching retirement age in 2017 is likely to experience what most of us would view as the benefits of a retired life. For example:

This year, for the first time since the 1980s, the ratio of non-workers to workers will start to rise. That will generate less tax income, as well as spending, considerably impacting the ability of the state to provide the above for future retirees.

What does the future hold for the nature of retirement?

It’s clear that retirement is going to be very different for those currently nowhere near it. However, it’s not necessarily the bleak picture that many would have us believe.

Most property experts believe that anyone able to get onto the property ladder at an early(ish) age will enjoy security in retirement thanks to solid values. That’s especially the case for those who enter the buy to let market, as renting is predicted to overtake home ownership as the primary form of property occupation in the UK.

We will work for longer

Ok, that may not sound great to some people. However, successive generations have suffered from the idea that by 60 you’re ‘past it.’ If we’re living longer – and working longer – then this opens up a whole new horizon for careers later in life. If you’ve always wanted to be a landscape gardener or a fashion influencer then those ‘retirement’ years post-60 could be the time to do it. There are plenty of examples of people peaking in their golden years, career-wise, from Hilary Clinton (70), to Iris Apfel (90). While the necessity to earn money could be the driver for many people, this could also open the door to a rich and fulfilling new role and lots of new colleagues.

If you need any indication of how age demographics are changing ideas of community then look at the construction world. Developers are now increasingly focusing on creating housing projects for the over 60s, complete with amenities tailored to that age bracket. Rather than the traditional ‘retirement communities,’ these new developments will be more about support, socialising and personal growth.

So what do we need to do now?

Stay fit and healthy. If healthcare reaches the point at which it is no longer free, this will be the biggest retirement cost for many. NHS spending on Type 2 Diabetes, for example, is predicted to reach £16.9 billion by 2035 and when the NHS can no longer deliver free treatment, individual costs will be substantial. Conditions such as Type 2 Diabetes can be easily avoided by choosing a healthy lifestyle now – reduce sugar intake, exercise regularly, maintain a healthy weight and avoid saturated fats.

Pay into a private pension. Private pensions will be essential for future retirees to have enough to live on, should they choose to give up work. Those who start saving in their 20s need to be paying around 12% of income into a pension. For anyone who waits until their 40s, it should be 20%.

Have a plan. Perhaps the most essential part of preparing for a future retirement is to actually sit down and think about it. Do you want to retire at 65 – 70? If so you’ll need to have a pension, savings, investments, property and health insurance. Do you think you’d prefer to continue to work? If so, consider the skills and training you might need in advance, where to live and what financial safety net you might need. What back up plans can you put in place in case you’re not where you thought you’d be later in life?

There’s no doubt that retirement in the future will look little like it does now. However, as long as you engage in some careful planning and forethought now, that may not be a bad thing.