New research shows that the difference between actual and advertised lending rates has widened significantly. Since 2011, the discrepancy between what lenders advertise as loan rates to consumers, and what borrowers actually pay, has increased from 1% to 3%. This means that borrowers today are often paying much more for loans than they may have calculated based on initial advertising. This is despite the fact that personal loan rates have continued to fall for some time. 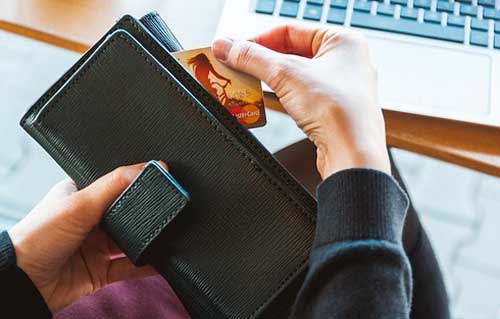 Despite the increase in the Bank of England Base Rate in 2018, personal loan rates have continued in a pattern of decrease over the past couple of years. Tesco, for example, recently decreased the rate on its £25,001 to £35,000 tier loan to 6.7% APR for a term of one to five years. Average loan rates decreased by around 3.9%, which was a positive development for borrowers looking to pay less for credit. The long-term fall in personal loan rates is, in part, a response by lenders to increased competition and an overcrowded market that sees many having to offer better deals to secure consumer applications. Loan rates tend to be a better deal than credit cards and there are some fantastically low deals available. So what’s the issue?

Recent research conducted for Shawbrook Bank by the Centre for Economics and Business Research (Cebr) found that, despite personal loan rates falling, consumers could still be paying more than anticipated for borrowing. The study identified that borrowers could be paying up to two and a half times the headline APR of an advertised loan. According to Cebr, the average advertised cost of a £9,000 loan in the UK is between 2.8% and 5.5%. In contrast, the average APR that borrowers are actually paying for a loan is 7%. The difference between the interest actually being paid on personal loans, on average, in the UK and the advertised rates is pretty substantial. It shows just how off the mark teaser rates can be in terms of the expectations that they create about what the costs of borrowing are.

What is the cost to borrowers?

The Cebr research identified a figure of £194 million as the cost to consumers of being accepted for a loan that doesn’t have the advertised interest rate. Perhaps more importantly, it also raises the issue of whether borrowers are actually able to make an informed decision about borrowing when the real costs of doing so are so much higher than those that are advertised. The difference between expectation and reality could be as much as a 150% increase in costs, which could unbalance even the most carefully calculated budget.

The impact on consumer finances

The reality of loans that cost more than the advertised rate is that borrowers may end up with larger monthly repayments to deal with. There is also the more sizeable interest burden which, depending on the size of the loan, could end up being substantial. Both could create affordability issues for consumers who may find that their new borrowing becomes too much for their monthly finances to handle.

Getting the best possible loan rates

The ability to actually get the teaser rates that are offered by lenders is dependent on key factors such as credit rating. A higher credit score will enable a borrower to get a lower interest rate on a loan. However, those without a perfect credit score may find themselves with borrowing costs that are significantly more than what was advertised with the loan. So, nurturing a positive credit history is going to be key for anyone looking to get anywhere close to the lower teaser rates that lenders offer. There are many different factors that might affect a credit score, including:

Although this is a positive market for borrowing personal loans there are a lot of different factors to consider. Key among these will be credit history and whether a borrower has a high credit score or not. For those who don’t score highly it’s always important to check the actual rates available, not just those advertised, to see what the reality of the costs of borrowing will be.