What sort of Personal Loan would work for you?

There’s never been a better time to borrow money – ongoing record low interest rates and an increasing number of lenders on the market mean that even if you have a poor credit rating, taking out a loan need not mean that you break the monthly budget (lenders will scrutinise affordability). 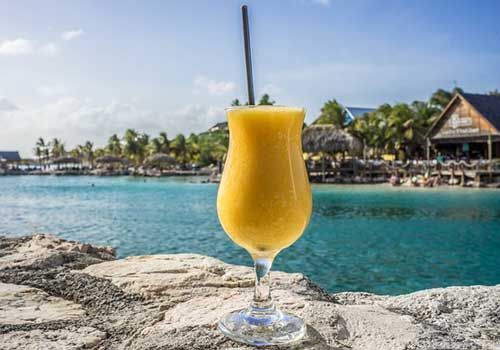 You might be planning a great holiday in 2017, want to replace your car, consolidate some other debts or make home improvements. So, what should you be looking out for when it comes to choosing a personal loan?

No matter what your personal circumstances, the rates being offered on a raft of personal loans have never been lower. If you have a good credit rating, then there are some particularly good deals out there at the moment. For instance, Sainsbury’s Bank has a representative APR of 3 per cent on loans of between £7,500 and £15,000 but your repayment term is limited to between one and three years. Also, only Nectar card holders are able to apply for this loan. Those who don’t have a Nectar card or those who want to borrow money for up to five years will be charged 3.1 per cent APR.

Ikea’s bank – IKANO – almost matches the Sainsbury’s deal with loans of up to £12,000 for three to five years coming with an APR of 3.1 per cent.

Meanwhile, both M&S Bank and HSBC have loans of between £7,000 and £15,000 with an APR of 3.3 per cent. If you choose HSBC, then you’ll get up to five years to repay but the M&S loan comes with longer repayments terms – out to seven years.

If you need a larger amount

If you need to borrow more than £15,000 – perhaps if you’ve got a number of debts which you want to consolidate into one or you want to make improvements to your home, then there are still plenty of good deals out there.

Sainsbury’s Bank is offering a representative APR of 3 per cent on loans form £15,000 up to £19,999 for two to three years to Nectar card holders. Those without a Nectar card and those wanting to borrow for up to five years will have to pay slightly more: currently 3.1 per cent.

You’ll inevitably pay slightly more if you want to borrow smaller amounts. While rates on loans of between £5,000 and £7,500 are still competitive, they are higher than if you are borrowing larger amounts of money. Bear this in mind if you’re weighing up whether to borrow, for instance, £7,000. You might actually save a little bit of money if you apply to borrow £8,000 instead of the sum that you actually need.

Amongst the best offers on larger personal loans at the moment are IKANO Bank which is advertising loans of between £5,000 and £7,499 to be repaid over one to five years with an APR of 3.8 per cent. M&S Bank is also offering loans of the same amount over one to seven years at 3.8 per cent.

Watch out for the small print

When you are comparing the cost of loans, make sure that you read all of the small print before you start applying for one. A lot of lenders will levy additional charges which you might not have factored into your original calculations. These might include:

If you’ve made some financial mistakes in the past and your credit score has suffered as a result, then you’ll have to pay higher interest rates than somebody with an excellent rating. This is particularly true if you’ve got a county court judgement or default on your record.

But although you’ll pay more, there are still some good deals out there. Solution Loans has links with a number of lenders who provide personal loans to people with bad credit and you don’t always have to provide a guarantor.