Financial services in the UK are undergoing their largest transformation since the so-called Big Bang liberalisation of the 1980s. Much of that change is being led by peer-to-peer (P2P) lending and borrowing but what does online P2P finance offer to both borrowers and savers compared to that provided by the traditional banks that it seeks to bypass? 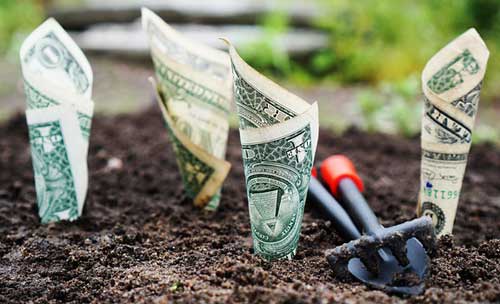 What is P2P Finance?

Peer-to-peer lending websites allow savers with money to spare to lend it to individuals or companies that need to borrow. P2P lending has enjoyed a boom in the years since the financial crisis because of the paltry rates of return on standard savings and investments caused by record low interest rates.

Borrowers are also said to benefit from more flexible and tailored loans with lower interest rates than when they seek finance through the mainstream banks. There are many P2P finance sites in the UK but the three biggest are Zopa, Funding Circle and RateSetter.

What does P2P mean for savers?

There is no “one-size-fits-all” standard when it comes to P2P finance for savers with every website operating differently. But a good rule of thumb if you are looking to maximise your returns is to choose a site which lends exclusively to businesses as these generally offer higher rates of interest than those which purely lend to consumers.

With many of these websites, you – the saver – decide how much you want to lend with the minimum usually being £10. You also decide how long you want to lend the money for and this is generally between two and five years. The money that you then put into the scheme is lent in smaller multiples to a number of borrowers with you receiving repayments made up of interest and capital each month over the term of the loan.

The returns advertised compare favourably with the main savings accounts offered by the banks. For instance, Zopa says that the average investor using its service can expect a return of 4.1 per cent over five years or 3.3 per cent when lending over three. Investors who are prepared to accept a higher degree of risk (where a borrower may default on repayments) could make up to 6.5 per cent in interest per year, according to Zopa.

A word of caution, though. P2P lending does come with greater risk of losses than other forms of saving. That’s because you are dependent upon the business or individual you have loaned money to continuing to make monthly repayments. If you simply put your money in the bank, then this risk clearly doesn’t apply. Some of that risk has now been mitigated by new rules governing P2P lending introduced by the Financial Conduct Authority.

You should also be aware that returns are made without any tax being deducted so you will need to declare your profits or interest on a tax return.

How can borrowers benefit from P2P finance?

While P2P loans aren’t always the best option when compared to borrowing from a bank or other financial institutions, they do have some advantages over these more traditional forms of lending: