Is the FCA about to clamp down on guarantor loans?

There has been plenty of criticism of payday lending in recent years. Issues with charges and rolling up repayments, for example, motivated the financial regulator to get involved to restructure the industry. Other types of lending, such as guarantor loans, have – so far – not come under the same scrutiny or received such criticism. However, the FCA has recently indicated that it has concerns about the way that guarantor loans operate. In particular, the number of guarantors who end up stepping in to repay loans has been identified as troubling. Could this be a sign that the regulator is about to take action?

What are guarantor loans?

There are currently 12 guarantor lenders in the UK offering finance to individuals with less than perfect credit histories. The idea behind a guarantor loan is that a friend or family member – usually someone with a better credit score – guarantees the lending for the borrower. So, if the borrower is not able to make repayments on the loan then the guarantor will step in and ensure that the loan is repaid from their own pocket. The advantage of guarantor loans is that people with bad credit can borrow, both to obtain finance and also to start rebuilding their own credit record by keeping up with repayments.

What is motivating the FCA to act?

Affordability of lending has become increasingly important in every corner of the credit market. Ensuring that borrowers have the means to make repayments without undue pressure on their finances is essential for lenders who are looking to lend in line with best practice guidelines and regulations. In the context of guarantor loans, an increasing number of guarantors are being forced to step in and make repayments on behalf of borrowers – and this has attracted the attention of the FCA. This, it says, is an indication that loans may not be being approved on a true affordability basis.

Amigo Loans is the largest lender

Amigo Loans – which recently floated for £1.3billion on the stock market – is the largest guarantor loans lender by far. According to official Amigo statistics less than 10% of the loans it supplies to borrowers are repaid by a guarantor. However, it’s worth noting that Amigo recently got into some hot water over its targeting of “pilot loans” and this has also made the FCA sit up and take note. These are loans that are made available to borrowers who have a credit score so low that mainstream credit is out of reach. Pilot loans typically have very high interest rates – Amigo charges 49.9% – and in the year to March 2018, £99 million worth of pilot loans were issued by Amigo. Many of the new loans were thought to have been part of a drive to increase the size of Amigo’s loan book before its recent flotation. It’s behaviours such as this, as well as concerns about affordability for consumers, that have started to attract attention from the FCA. 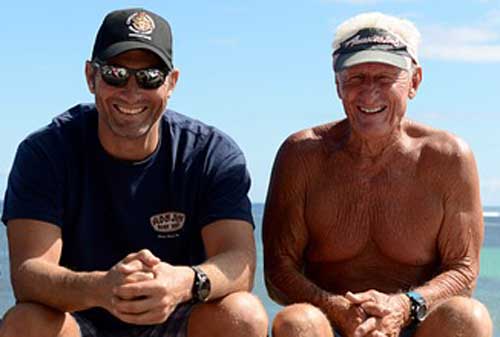 The FCA has already begun looking into the guarantor loans industry in more detail. Recently, the regulator published guidance for lenders looking to take a payment from a guarantor where a borrower is in default, for example. The guidance covered issues such as whether or not a lender is required to let a guarantor know before taking the payment. Default procedure is just one of the issues surrounding guarantor loans that the FCA appears to be getting increasingly concerned about. Others include:

Currently, there are no new restrictions to consider for the guarantor loans industry but that could be about to change. With the FCA interested not only in the cost of borrowing this kind of credit but also affordability, and whether guarantor loans work as a financial product, the industry could be about to go through a similar period of disruption as payday lenders have experienced in recent years.

Marcel Le Gouais has been a journalist since 2002, and from 2007 has specialised in personal finance and consumer credit. He has worked for a wide variety of business and consumer publications including: MoneySavingExpert.com - the UK's largest consumer website The Daily Telegraph...Read about Marcel Le Gouais