How will Brexit hurt your personal finances?

Brexit uncertainty might well be the trending topic of 2019. With so many questions still unanswered none of us really yet knows what the impact of leaving the EU is going to be on our finances and our lives. However, recent statistics indicate that large numbers of people expect the impact to be negative. And with so many people already struggling to meet the basic costs of daily life, where is the EU withdrawal going to leave us on the financial front? 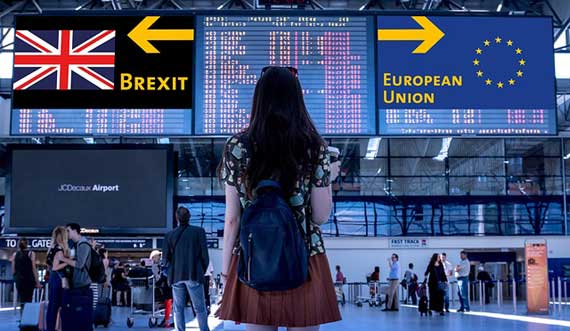 Struggling with the basic cost of living

A recent poll by the Centre for Labour and Social Studies found that around a third of workers in the UK are already struggling to keep up with the cost of living. One in five had a monthly shortfall of £100 in the household budget. Financial issues are creating difficult working conditions for those who are struggling to keep up and many are working longer hours, getting into increasing debt and battling with stress as a result. The bad news is that 25% of workers who took part in the Centre for Labour and Social Studies research felt that Brexit would make an already tough situation much worse.

What impact is Brexit going to have?

Regardless of voting choices in the referendum, many people now feel that Brexit is going to make life difficult financially, even those who are not already struggling. And these fears might well be based on reality – Bank of England research has indicated that the UK economy could shrink by 8% if the UK exits without a deal in place. There are a number of ways in which Brexit could potentially have a negative impact on personal finances, including:

Protecting yourself against Brexit

Although around 10% of people are currently taking the road of optimism and assuming that their personal finances will get better, most don’t agree. In fact, 27% believe that their income is going to fall as a result of Brexit and that existing assets may be worth less. For example, confidence in house prices was shaken in 2018 when Governor of the Bank of England Mark Carney said that house prices could fall by a third in the event of a no-deal Brexit. As a result, many people are now taking precautions when it comes to protecting personal finances against the Brexit effect. So, what can you do if you want to insulate your own financial position against the changes that Brexit might bring?

Although the UK currently has no deal in place to form the basis for a departure from the EU, the delayed deadline of 31 October 2019 may enable agreement to be reached. And a deal is now crucial to insulating individual personal finances against the potential impact of leaving the EU. Without a deal, the negative impact of Brexit is likely to be much worse.

Better to stay in the EU?