How pressure is being kept up on Loan Sharks

Illegal moneylenders are increasingly being recognised as a serious problem in the UK. So much so that steps are being taken, both locally and nationally, to increase awareness and reduce the opportunities that loan sharks have to recruit new customers. Around 300,000 people in the UK are currently in debt to illegal moneylenders. It’s often not until documents have been signed and the money spent that borrowers begin to realise just how exploitative the arrangement really is. That’s why the government is stepping up its efforts to ensure that loan sharks find it increasingly difficult to survive. 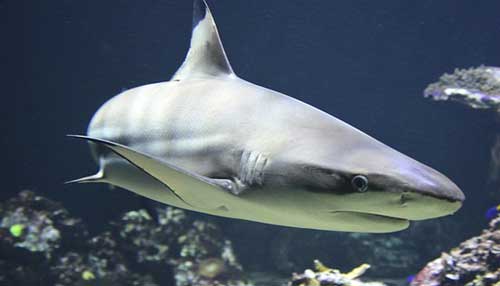 The issue with loan sharks

Debt can be useful in life – it can be used for essentials, such as housing or health, and it is something that millions of Britons manage every day. However, the issue with illegal moneylenders is that the terms being offered for the debt are very onerous. Interest is high – and can be increased at any time – and there is nothing to stop these unregulated lenders from adding on fees and charges at random. If individuals struggle with repayments then the consequences can be severe. Tony Quigley, head of the England Illegal Money Lending Team, said,

“These criminals use callous methods to enforce repayment and victims are often subjected to threats, intimidation and violence.”

Around £100,000 has already been seized from loan sharks and this will be put towards supporting their victims. The Treasury has also earmarked £5.5m – which is an increase on the funding for last year – to help fund the cost of investigations into loan sharks and to pay for more support for those who have fallen victim to this type of lender. This money will be used in a number of different ways, including:

It’s not just government projects that are being used to help keep up the pressure on loan sharks, as the police are also getting involved. West Mercia Police, for example, are working with the England Illegal Money Lending Team on a “bite back” campaign that is designed to expand awareness of the issues people may face in borrowing from a loan shark – and to make it more difficult for illegal moneylenders to operate. The campaign includes staff training, a targeted leaflet drop, as well as school visits so that educating people on the issue of loan sharks begins as early as possible. It is hoped that the campaign will raise awareness of the problems of illegal lending but also help to identify some of the worst local offenders and make it more difficult for them to operate.

What are the regulated alternatives if you need credit?

Illegal lenders often position themselves as friendly, informal lenders who won’t demand the same credit checks or financial history as another lender might. However, the checks and balances that banks are required to carry out tend to be there for a reason. A lender willing to advance money without doing those checks is unlikely to care whether the amount being borrowed is actually affordable. Which is often where the trouble begins. There are many other legal alternative credit products available that don’t carry the same risks. Use a fully regulated credit broker to explore the following options:


The clock is ticking for illegal lenders in the UK with renewed focus on stamping out these kind of exploitative arrangements. And with the broad range of financial products available to borrowers, even those with bad credit, there’s just no need to borrow from loan sharks anymore.