We all know that payday lenders charge more interest to borrow money than major lenders do, right? Well, this may have been the case in the past but the industry has gone through significant change since 2015. And now it would seem that payday lenders offer lower interest loans than your average high street bank! How come, we hear you say. 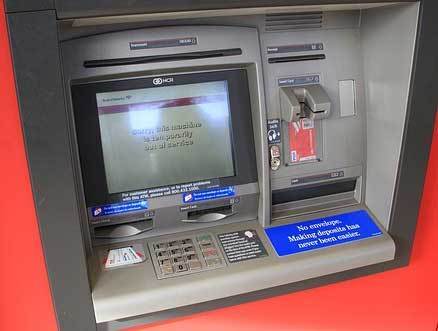 Which? magazine recently carried out an investigation into the rates that consumers pay to borrow money, with some surprising results. It found that some major banks are charging consumers significantly more to borrow than payday lenders do. The magazine carried out research across the industry on the costs of borrowing £100 over a period of 28 days. Borrowing on those terms from a payday lender would incur a charge of £22.40. However, Which? found that some customers borrowing from other lenders were paying significantly more. According to the investigation, RBS customers could pay up to £90 while Lloyds, TSB and HSBC customers could potentially pay around £80 in costs!

How has this happened?

The problem is the fees that are charged for unarranged overdrafts – it’s here that high street lenders are generating these shocking charges. The Financial Conduct Authority (FCA) caps the amount that a payday lender can charge a customer for borrowing £100 in a day at 80p, whereas for some banks, such as Lloyds this is a whopping £10. In 2014, £1.2 billion of banks’ revenues came from unarranged overdrafts charges so it’s not difficult to see why there is no desire to do much about the situation.

Is this likely to change?

The caps introduced to the payday loans market came about as a result of consumer pressure and debt charities highlighting the number of people struggling. It is hoped that applying the same pressure to this issue will encourage banks to apply some similar caps of their own. For now, nothing is changing but, given that it’s difficult to actually justify what the charges are for (what the cost is to the bank), there seems to be less and less reason for these charges to remain high.

Is it better to borrow payday loans?

According to Alex Neill, who is the director of policy and campaigns at Which?

“people with a shortfall in their finances can face much higher charges from some of the big high street banks than they would from payday loan companies.”

So, for the first time, there are clear benefits to choosing payday loans over borrowing with one of the big high street banks. However, it really depends on the type of finance that you’re looking for. If you have an overdraft agreed with your bank and you don’t go over its limit then you may never incur the more expensive fees. You will also find the situation changes depending on who you bank with and what kind of account you have. The decision must ultimately come down to what you need to borrow and why.

When are payday loans a good idea?

Payday loans are the perfect form of quick, short-term finance when you need to borrow and repay swiftly. As long as you’re only borrowing what you can afford then there are some great benefits. So, when might it be a good idea to look at a payday loan as a solution to a cash flow problem?

Payday loans can be a very effective option for short-term finance with the peace of mind of knowing that the fee is capped. Given the discoveries that Which? made about the potential costs of borrowing with some high street lenders, it’s certainly worth investigating whether payday loans could give you more options, better flexibility and less to pay in the long run.