The Financial Conduct Authority (FCA) is investigating bank overdraft charges as part of a review of high-interest loans following a two-year inquiry by The Competition and Markets Authority. The CMA spent two years investigating high street banks, an inquiry which was wound up in August last year. It decided against imposing a limit on overdraft fees despite evidence that such charges cost poorer consumers more than payday loans. Instead, the CMA said that the banks should be forced to publish lists of monthly maximum charges (MMCs) that customers must pay for exceeding their overdraft limits.

Following the CMA review, the FCA launched an investigation into what it called “high-cost, short-term credit” charges including overdraft fees, payday loans and doorstep credit. While the CMA had asked the FCA to look at every area it covered in its review, the governing financial regulator said that it would also consider whether new regulations were needed to cap monthly maximum overdraft charges and to tighten up rules around the text messages that banks send to customers when they are about to exceed their overdraft limits. 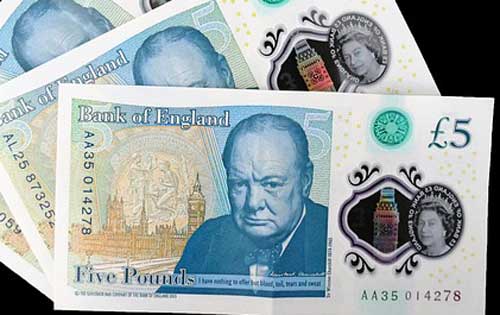 The amounts that banks make from unauthorised overdrafts are staggering with some estimates putting these profits at £1.2 billion a year. In a study last year, the Consumers’ Association, Which?, found that borrowing £100 on an unauthorised overdraft for a month would result in overdraft charges as high as £90 from some of the high street banks. In contrast, Which? found, borrowing the same amount with a payday loan would only result in interest charges of a maximum of £22.40.

In 2015, the FCA capped the charges on payday loans to 0.8 per cent per day of the balance borrowed and many campaigners have argued that similar limits should be placed on the banks. Gillian Guy, the chief executive of Citizens Advice, told the Guardian late last year that overdraft charges could quickly overwhelm more vulnerable bank customers. She added:

“An unplanned expense that pushes someone into their overdraft by just a few pounds can lead to them being trapped in a cycle of daily charges.”

Learn about Lines of Credit and how they are useful alternatives to a bank overdraft.

There are two kinds of overdraft that incur charges:

Despite being agreed in advance, authorised overdrafts can still be prohibitively expensive even though some banks offer limited interest-free overdrafts as part of the benefits of certain accounts. The charges on an authorised overdraft consist of interest of between 15 and 20 per cent equivalent annual rate (EAR) and a daily, weekly or monthly fee which is charged daily and can vary between 50p and £3.

These types of overdraft can be very expensive. Overdraft charges often consist of a monthly fee of anything between £5 and £35, a daily fee of £1 to £10 up to a set limit and transaction fees of between £10 and £25 for every cash withdrawal, direct debit, standing order, cheque or card payment irrespective of whether the bank honours the payment.

As part of its review, the CMA also investigated free banking, concluding that this was a positive for most customers. But the FCA has said that it will be investigating this area as well, adding in a statement: “We intend to undertake further work to better understand how firms’ actions in one market may affect outcomes in another and how conduct and competition are affected by the links between different parts of the business model.”

Newer banks have welcomed the FCA review, hoping that it will help to shatter the grip that the big four – Royal Bank of Scotland, Lloyds, HSBC and Barclays – continue to hold on the UK current account market which is worth £8.7 billion in revenue to them every year. But they have also voiced concerns about the slow pace of change.

“That the FCA feels the need to undertake further investigations into the practices of banks raises questions about the efficacy of the recent CMA investigation into current account competition. Why must we continue to wait for years for things to improve? This glacial pace of change is at odds with how customers and taxpayers alike expect to be treated.”