Equity release is a frequently discussed topic these days. According to statistics from the Equity Release Council, older homeowners released £3.06 billion of equity from their homes in 2017. In the last quarter of 2017 the equity release industry broke new records with annual lending growth in the sector reaching the highest levels since 2002. So, equity release is clearly a popular option for older UK homeowners – but is the trend likely to continue? 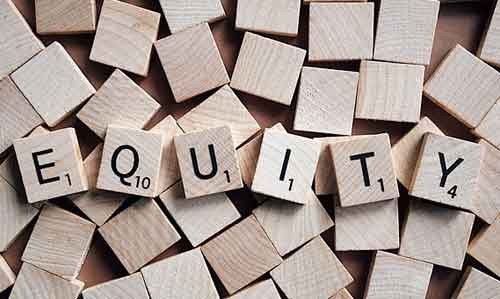 What is equity release?

It is a way for UK homeowners to access some of the value that has been built up in their property by paying off the mortgage. The equity in the property – i.e. the paid off value – can be unlocked to release cash that can be used for other purposes. The lifetime mortgage is the most popular option for equity release – 75% of the new equity release arrangements agreed at the end of last year were of this type. Lifetime mortgages release a cash sum from the property but don’t require monthly repayments as a regular mortgage does. Instead, the interest that would normally be paid under such an agreement is rolled up and added to the overall amount owed. This is repaid when the property is sold, usually on death or when the last surviving homeowner is taken into care.

Why is equity release increasing?

A broad range of reasons has been put forward as to why we’re suddenly seeing such an increase in the popularity of equity release products, including:

On what do people spend this cash?

Those who opt for equity release are borrowing, on average, £80,000. This is being spent on a very wide variety of different things including:

An increasing number of people are also using equity release to pay off or consolidate existing debts, for example, credit card debts or personal loans. Some are repeatedly releasing equity from their homes in order to repay new debts over and over again.

Are there other alternatives?

Although equity release has clearly been fully embraced by the current generation of older homeowners it is not for everyone. It’s easy to forget that releasing equity from a property means that a large proportion of the sale value of that property will then go the equity release lender when it is eventually sold. This could have a big impact on inheritance value for generations coming up behind, many of whom are already struggling with stagnant wages and higher housing costs and may have been relying on such a windfall. In addition, the full effect of the interest is often not taken into account. Equity release offers average rates of interest of 4-5% – which seems low when compared to average credit card interest rates of 17%. However, the interest can quickly mount up, particularly if the homeowner lives a decade or more after the equity release has been agreed. So, what are the other alternatives?

For those considering equity release, it’s important to take legal advice on the decision and also to speak to debt charities such as Step Change as they have a lot of insight to offer. And – crucially – relatives need to be told about changes such as this as it will considerably impact on their own expectations for the future.