How to close the gender pay gap if you discover discrimination

The gender pay gap is currently a very hot topic. With businesses with more than 250 employees now forced to reveal how much less women are paid than men we are beginning to see just how little the female side of the workforce is valued by a number of very big brands. Ryanair, for example, recently revealed a gender pay gap of 72% – the worst in airline history – and even in the public sector this figure comes in at 14%. The deadline for private firms to report on the gender pay gap was 4th April – if you’ve discovered that the business you work for has a significant gender pay gap, what can you do about this kind of potential discrimination? 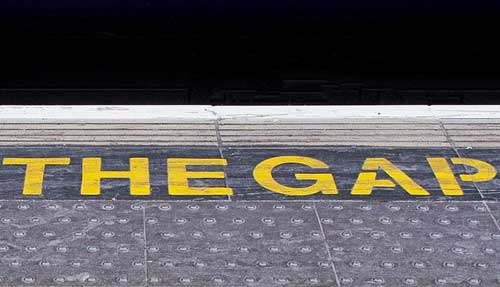 Looking at the gender pay gap data that is being released can be somewhat confusing. However, this isn’t about equal pay for equal work – even if there is a large gender pay gap that doesn’t mean that there is discriminatory practice. Equally, if there isn’t much of a gender pay gap to speak of at your firm it doesn’t mean that pay discrimination isn’t an issue. Look instead at data such as how many women are in the lower paid roles, what the bonus gap is and whether there is a decent proportion of women in the higher earning brackets. All of this will give you a good idea of how committed your company is to giving women equal opportunities.

If you can, think about joining a union

According to the statistics, the gender pay gap in unionised workplaces is smaller. Even if your employer doesn’t recognise a union it’s still worth joining, as they can provide plenty of support. Where a union isn’t an option it’s a good idea to get together with others who have the same concerns, to sit down and identify what the issues are and how you would like them to be dealt with.

Now is the time to take action if you find that you’re stuck in a gender pay gap. The data that is being revealed is very public and there is widespread shock about how much of a gender pay gap there really is. This is putting pressure on businesses to do something about it, which means that now is the ideal time to put your case to the senior people who have the power to make a difference. You might want to ask about flexible working and when the business last did a job evaluation scheme (if at all). Enquire about bonus structures, whether there has been an equal pay audit and whether bonuses are structured so that men and women have equal access to them.

Equal pay audits identify whether men and women are being paid differently for the same job. They will also highlight whether those who join the business come in on a different rate of pay as a result of gender. If the results show that the business is actually breaking the law with its gender pay policies then an employment tribunal can compel the business to make changes.

Many businesses reporting gender pay gaps simply say “we just have more men at senior levels.” Statements like this have been used as an excuse for not making change for decades. Now is the time to challenge companies to provide an explanation for why this might be the case. Is it institutionalised discrimination? Is it because the more senior roles are structured so as to be impossible for those with caring responsibilities (most of whom are women)? Is it because there is a culture that men and women belong in certain positions? None of this needs to be an excuse anymore and now is exactly the right time for change.

Ask for what you want

A promotion. Men are overwhelmingly paid better than women, both in terms of basic salary and also bonuses. They tend to take the head office positions and senior management roles – and that may also be the case in the company you work for. If you know that you’re ready to move up then ask for a promotion and encourage other women to do so to. There should be a willingness to address the gender pay gap and seniority inequality with all the statistics that have been released, particularly if your employer has fallen short of fairness.

A pay rise. Avoid demanding a pay rise simply because your employer has a significant gender pay gap. It’s far better to try and gather information that relates to your specific role within the business. See if you can get information on what others in a similar position are paid, ask for collaboration from your colleagues and then steel yourself and request the pay rise, no matter how awkward it may feel.