Christmas through the decades – A Retrospective

Christmas might be an annual event but it’s become a very different experience with each decade that goes past. If you grew up in the 1960s then your festive traditions and feasts would have been very different to those for children today. So, what is it that has made a Christmas in each of these decades so very distinctive?

The 1960s was the first decade when turkey really became a tradition on the British Christmas table – preceded by a classic prawn cocktail starter of course. On the drinks menu it was Babycham as the celebratory tipple of choice although you might also have had a glass or two of a Mateus Rose.

Under the tree. Space was the big theme for toys in the 1960s, from board games to Thunderbirds toys. You might also have had something James Bond themed, a brand new shift dress or a Beatles style tailored suit. The Beatles were everywhere in this decade – in fact, they dominated the Christmas Number 1 singles chart spot for almost half the decade with songs like “I Want to Hold Your Hand.”

On the TV. Three channels showed a range of shows with two of the most popular being Max Bygraves meets The Black and White Minstrels on BBC1, and The Bruce Forsyth Show on ITV. 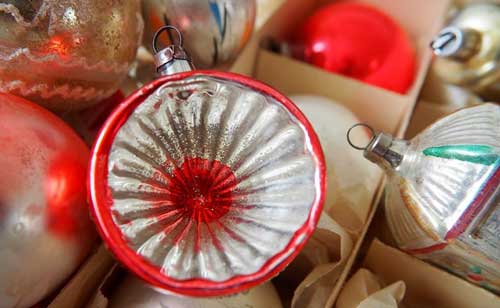 The 1970s was one decade when “tasteful” and “understated” were two words that most people threw out of the window – especially at Christmas. Cue the mass use of tinsel and an array of wonderfully trashy festive decorations. Turkey was well established as the traditional feast – perhaps preceded by a starter of coloured gelatin Christmas trees or a (bright blue) blue cheese mousse. This was the decade of Cinzano and drinks topped with glacé cherries but it was The Snowball that was the totally festive tipple of choice – Advocaat mixed with lemonade.

Under the tree. If you were lucky then in the 1970s you might have unwrapped a Sooty glove puppet, Scrabble or an Etch-a-Sketch. Twister and Operation were the board games gifted around this time and for the really lucky there may have been a Sindy or a space hopper.

On the TV. You might have started Christmas Day in the 1970s with Basil’s Christmas Morning with Basil Brush or Ken Dodd and the Diddymen.  The Morecambe and Wise Christmas Show would have been an unmissable event for many and these were the days when everyone still tuned in for The Queen’s Speech (the actual Queen, not the Colin Firth film).

Many people think Christmas in the 1980s was the best decade – certainly some of the classic Christmas songs (“Do They Know It’s Christmas”) and viewing (E.T., Gremlins, Die Hard) came from this decade. It’s unlikely you would have attended a Christmas party in the 1980s without eating cheese and pineapple on a stick but turkey was the tradition on Christmas Day. Ready-made food started to appear more widely during this decade, from Christmas puddings to pigs in blankets. Boxing Day wouldn’t have been complete without a classic sherry trifle. If you were lucky then champagne would have been your drink of choice for Christmas parties and events – thanks to yuppie culture it suddenly became much more widely consumed.

Under the tree. If you got a Millennium Falcon for Christmas in the ‘80s then you were probably going to be the most popular kid in school come New Year. Teddy Ruckspin, a My Little Pony Castle or a Rainbow Brite doll would also have been a Christmas win.

On the TV. In the 1980s there were many more options than decades gone by in terms of Christmas Day viewing, from The Man with the Golden Gun to Top of The Pops. The Morecambe and Wise Christmas Show was still a firm fixture or you could have chosen Paul Daniel’s Magical Christmas or The Two Ronnies. 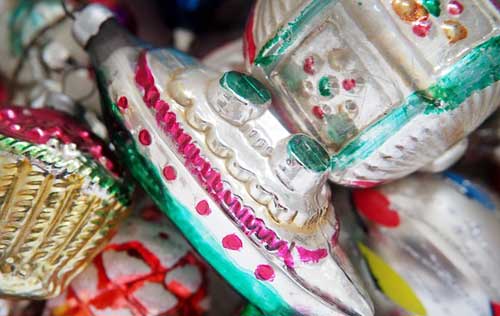 Christmas in the 1990s probably bears more of a resemblance to what we recognise nowadays with mass produced turkeys on every table and maybe some Frubes or a Club biscuit to keep you going after breakfast. The tradition of the office Christmas party took hold in this decade with many companies having to write off any productivity the day after as a result. Christmas fizz was now obligatory – whether cava, prosecco or champagne – but for younger generations it was all about the K cider, Malibu and alcopops like Hooch.

Under the tree. The Gameboy was the must-have gift for 1990s kids – either that or a Tamagotchi or a pair of roller blades.

On the TV. For those with young children, Wizbit’s Christmas morning show might have been followed by the Songs of Praise Christmas Special. In the afternoon, perhaps a repeat or two, such as Raiders of the Lost Ark, followed by Wogan in Hollywood and Noel’s Christmas Presents with ‘90s TV favourite Noel Edmonds.

During a noughties Christmas it was all about parents trying to get the kids off MSN messenger (as opposed to Snapchat today..). School Christmas discos entered the era of being a fashion-off – babydoll dresses and Buffalo shoes for noughties kids, skinny jeans, ironic tees and fedoras for young people today. Music has remained familiar too – think Beyonce, Lady Gaga and Arcade Fire or the X-Factor winners, such as Leona Lewis and Sam Bailey who have dominated the Christmas Number 1 spot from 2005 to recent years. Christmas dinner could well have been all about the nut roast in the 2000s – a decade when vegetarianism grew at a far faster pace – perhaps accompanied by glasses filled with Smirnoff Ice, WKD or Archers and lemonade. Today, clean eating trends could see more vegan Christmases than ever before. Thankfully, the thirst for alcopops has diminished and you’re more likely to be handed a glass of English sparkling wine or perhaps a nice organic red.

Under the tree. For children of the noughties Bob The Builder, Bratz Dolls or a Nintendo Wii would have been the lusted-after gifts of choice. Things haven’t changed that much today although Santa will get more requests for smart phones this year than ever before.

On the TV. A Christmas Day in the noughties might have featured The Fresh Prince of Bel Air, singer Charlotte Church or films like Independence Day. Victoria Wood with All the Trimmings provided the laughs and, like today, the listings would be awash with repeats, such as Back to The Future. This year it will be the year of the Christmas Special, from Bake Off, to Strictly Come Dancing. The big Christmas films are all glamour, from The Great Gatsby to Cinderella – with a Home Alone repeat or two for those who pine for Christmases of decades gone by.