This year’s Christmas spending is set to hit over £800 per family!

The cost of living may be rising, Brexit may be looming but when it comes to Christmas it seems most of us are determined to spend more. While two years ago in 2015, spending by British households on Christmas dropped down to £796, this year it’s set to reach £820. From gifts and food, through to festive travel and alcohol, there is plenty to help you part with your cash during the festive season. But why do Brits spend so much? 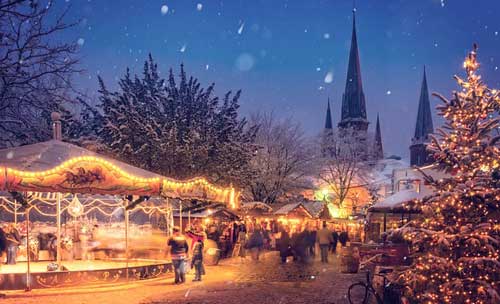 The tradition of festive spending

In the UK we have established something of a tradition when it comes to the annual festive Christmas splurge. 1 in 4 Brits end up spending too much at Christmas and this is a prime time for getting into debt. As a country we spend roughly 54% more than our European neighbours on Christmas festivities and this can result in some pretty depressing credit card statements come January. According to RetailMeNot, UK households expect to spend a whopping £473.83 on Christmas presents alone this year – that’s almost double what our counterparts in France will spend. Much of this amount is generated by expensive kid’s toys and games, as well as stocking fillers. We’re even planning to spend £25 on gifts for our kid’s teachers according to a survey last month.

The cost of Christmas is definitely going up

Part of the reason for an increase in spending could well be attributable to rising consumer costs. If there is one item that sums up a Christmas purchase it might be the Terry’s Chocolate Orange. For most of us, this is an annual edible, whether you get it in your stocking on Christmas day or as a Secret Santa gift. Well, research from The Grocer has found that the humble Chocolate Orange has now doubled in price. Last year at this time it was being sold by Sainsbury’s for just £1. In 2017, the cost is £1.95. Not only that but the Terry’s Chocolate Orange is now also 10% smaller than it was two years ago so you’re paying more and getting less.

Why do we spend so much on Christmas?

Undoubtedly, increased costs are having an impact on what British households assume they will have to spend for a good Christmas 2017. However, are there other reasons why we tend to splurge at this time of year?

Competitive spending – no doubt there is an element of keeping up with the Joneses when it comes to a British Christmas. From kids wanting the best toys to show off to their friends, to neighbours competing for the best lights displays or Christmas parties there are plenty of opportunities to accidentally blow your budget when you’re trying to be the best.

Emotional spending – Christmas is a pretty emotional time of year and this can all get a bit overwhelming when it comes to bypassing normal thrifty logic. You might be seeing people you haven’t laid eyes on in months, or wanting to give a sick relative the best Christmas ever. It’s very easy for emotions to drive spending on items, which, at the time, seem important to have.

Guilt spending – if you’ve had a difficult year and want to make it up to the people you love, or maybe you don’t have much time at home this Christmas, the temptation is often to spend big. From divorced parents to absent children many people are easily affected by guilt, which can result in spending that is somewhat out of control.

How to curb the Christmas splurge this year

If you’re one of the many people affected by changing economic circumstances or dealing with existing debts this really isn’t the time of year to go all out. Even if you’re not, there are some smart ways to avoid blowing the budget this Christmas.

Get into the spirit – Christmas is about people not stuff so make this the year you focus on what the Christmas spirit is really all about.