How to check for mis-sold PPI and your compensation

The industry around reclaiming mis-sold PPI (Payment Protection Insurance) is big business. Hundreds of claims firms continue to bombard consumers with unsolicited texts, emails and social media messages urging them to get in touch to reclaim the thousands of pounds they are supposedly owed by the banks and other financial organisations.

It is perfectly possible that you could have a legitimate claim to make, but you don’t have to use a costly claim firm to do it. Banks have already paid out more than £24 billion in PPI compensations since 2011 and, according to figures from the Financial Conduct Authority (FCA) may still face another £22 billion in valid claims. 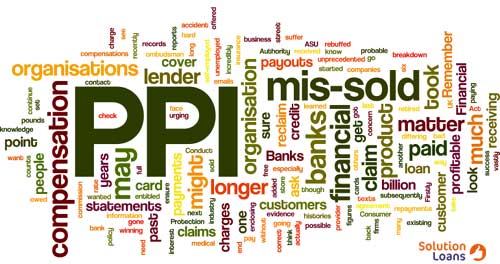 How do I know if I’m entitled to compensation?

The only way of knowing for sure if you were mis-sold PPI at some point in the past is to go through your past statements and other paperwork to see if these charges were attached. Remember, though, that this might not have been listed as PPI – it might have gone under other names including payment cover, card protection, loan care or ASU. Any insurance which was set up to cover the repayments on credit and store cards, loans and other debts should you suffer accident, sickness or unemployment will have been PPI.

If you aren’t sure, then you should ask the lender which is legally obliged to provide you with the correct information.

PPI was incredibly profitable for the banks because it levied large charges on customers – many of who were not in a position to afford them. While not in itself a bad product, it was hugely profitable for banks, especially as their versions were vastly expensive. That’s why they spent years on the hard sell, even to people for whom it was totally unsuitable. Leaving us with a systemically mis-sold product on an unprecedented scale.

How far back can I look?

You need to have been paying PPI at some point in the last six years. It doesn’t matter if you actually started such a policy longer ago than that, so long as you continued to pay it until more recently. It may be possible to reclaim PPI on older policies but the rates of success on this are much lower.

I’ve thrown out all my statements

This doesn’t necessarily matter. But if you think that you were mis-sold PPI but no longer have records of payments, contact your lender and get a copy of the agreement you signed under the Consumer Credit Act. This is usually free but the lender can charge a £1 fee for this. If you no longer have the account, you can ask for a full breakdown of payments but this may cost you up to £10.

What counts as mis-sold PPI?

When you were sold PPI, the financial organisation was under an obligation to ensure that the product was suitable for you. You may have been mis-sold if:

What do I do if I want to claim?

First – don’t use one of the PPI claim companies. They will take a commission from your compensation and this is a task that you can easily do yourself. Write to the financial organisation concern enclosing evidence with your complaint. If you don’t have this, it doesn’t matter. Banks and the ombudsman look at the likelihood that what you say is true.

It’s probable that your first attempt will be rebuffed but keep going. The next step is to fill in the online forms at the Financial Ombudsman service which will tell you whether you were mis-sold PPI. Remember that 72% of people who claim end up winning their case and receiving compensation.

How much can I expect?

That’s the $64,000 question! It all depends on how much PPI you paid and which financial organisation or organisations you were a customer with. Some of the banks are less generous with their payouts than others. There have been reports of some customers with very similar PPI histories with different organisations receiving wildly differing payouts. For instance, one customer who received £5,800 in compensation from an American-based credit provider subsequently learned that he would have got more than £13,000 if he had paid the same amount of PPI to a UK high street bank.