Your Guide to Reclaiming PPI – You have until August 2019

You’ve almost certainly seen ‘PPI’ mentioned in the press and online. It’s a term often used by companies looking to entice consumers in with the promise of free money. However, it’s not always as straightforward as it seems and you can often end up losing a large chunk of money receive for a successful claim.

You could have been sold PPI (Payment Protection Insurance) when you took out a credit card or a loan. It’s a type of insurance that was designed to provide consumers with cover for making payments on the loan or credit card if they fall ill or are unable to pay for another reason. However, because this insurance was mis-sold to so many people it has become the subject of multiple compensation claims. You may not even realise that you were paying PPI and because of that there could be years of payments due, which could result in a fairly sizeable compensation payment. 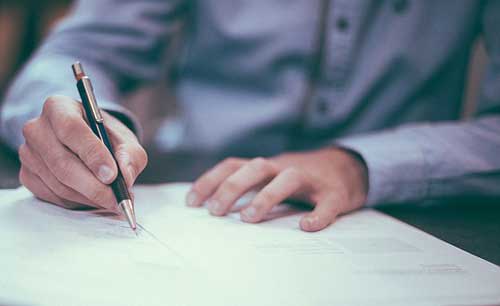 How much PPI is really unclaimed?

Since 2011, banks have now paid out more than £23 billion for mis-selling PPI to UK consumers. This represents just £11.5 billion of premiums with the rest of the amount made up of interest. In total, £44 billion of policies were taken out between 1990 and 2010 but it’s impossible to tell how many of these policies were mis-sold. Nick Baxter, chairman of the Professional Financial Claims Association said

If 75 per cent of PPI sales were mis-sold, which history already shows is a conservative estimate, there is at least another £22bn to be repaid to consumers.

Can you reclaim PPI for free?

A deadline has now been set for making claims for PPI and you must make your claim by 29 August 2019 if you want to receive compensation. Although it might seem like a complicated process to manage it’s possible to make a PPI claim for free without any help. If you’re not sure whether you even had PPI then you can simply contact your bank and ask them. Many banks and credit card lenders now have dedicated PPI teams and some, such as Nationwide, have an enquiry form that you can just fill out online. You’re entitled to be put back in the position you were in before the PPI was taken, including the premiums, the interest and up to 8% in compensation.

What about using a claims management company?

What are the rules for making a PPI claim?

There are two key elements to consider if you’re considering making a claim for PPI compensation.

If you’re not sure about who your lender was then it’s worth going back through old paperwork to find out. Once you have the name of the lender then you can find out whether you had PPI with them, as mentioned above.

The reasons for mis-selling are pre-defined and include being told that the PPI was compulsory, being sold the wrong policy, already having PPI in place so not needing it, not even realising that the PPI cover had been added to your payments, being sold unemployment cover when you’re self employed or being sold a PPI policy when you had a pre-existing medical condition and you weren’t asked about it.

Many consumer websites now offer a ‘PPI reclaiming tool’ – including Money Saving Expert and Which? These make it very simple to begin the process of reclaiming for PPI and include a template letter that you can use to make your claim.

Is there any small print to look out for?

Not all claims for PPI are successful. Make sure you check the assumptions that were made by the bank when they calculated whether you were due a PPI refund and how much was due. If those assumptions aren’t correct then your claim may have been rejected for the wrong reasons – or you may have received less compensation than you deserve.