According to the Chancellor Phillip Hammond, the UK economy has reached the point of still being within the tunnel – but able to see light at the end of it. However, for UK consumers these remain testing times and many are still struggling to catch even the slightest glimpse of the promised end-of-tunnel brightness. Consumer confidence is one of the easiest ways to measure how the UK economy is being experienced by those who live within it every day – and those metrics currently tell rather a different story. 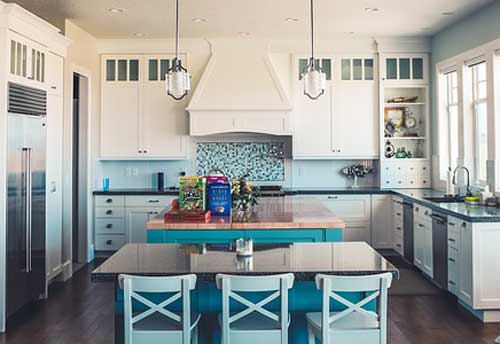 The GfK consumer confidence index looks at the individual experience of UK consumers. It uses anecdotal evidence to analyse how people feel about the state of their own finances, the wider economy, as well as whether they feel that this is a good time to start spending or saving. The most recent results from GfK indicate that UK consumers are perhaps more cautious than the Chancellor would like to believe. We are certainly more careful with cash than we used to be – still making purchases but thinking twice about them before we do, especially when it comes to larger and more expensive items. The GfK survey creates a picture of the consumer side of the UK economic landscape right now that looks a little like this:

Consumer confidence tends to shift month on month. In January of this year it was reported that consumer confidence had risen somewhat. However, in February it had taken another dip, as people began to worry more, both about their own personal finances and the state of the wider economy. So, nothing is set in stone.

So what are we spending our cash on?

Each year the Office for National Statistics (ONS) updates its “basket of goods,” which is designed to reflect the evolution of UK consumer shopping habits. It’s also used to measure inflation. Crucially, this basket of goods can provide some guidance on what UK consumers are actually spending their money on. The ONS’s current basket contains a total of 714 items. It highlights food preferences, such as an increase in the popularity of quiche and a drop in the popularity of pork pies. It can also be used to identify wider trends – for example, the inclusion of non-dairy milk, cycling helmets and active wear leggings indicates a burgeoning trend towards healthier lifestyle choices. Items that drop out of the basket are also a useful measure of consumer choices. This year, peaches, nectarines, leg waxes and edam cheese all fell out of the basket.

The ONS’ basket of goods indicates that consumers are generally more drawn towards affordable purchases and lower cost treats that don’t require credit to buy them. However, we are still in the middle of a surge in consumer credit cards that includes 1.3 billion credit card payments worth £46.8 billion made in one month alone at the end of 2017. With annual payments on credit cards increasing by around 13% is it likely that this cautiousness with credit will continue?

Most credit card providers remain optimistic about the interest that consumers have in using credit to pay for items, whether they are large or small. Figures from last summer indicated that spending on credit, debit and charge cards was growing at the fastest rate since 2008. And most lenders tend to expect a slow down during the months of the year after Christmas as consumers adjust to credit that may have been used up to pay for annual festivities. Plus, as the consumer confidence index shows, all of this can change extremely quickly and from month to month. All the signs are that any reservations consumers have now about taking on credit to buy large items could be temporary. And, if the Chancellor’s prediction about light at the end of the tunnel should turn out to be true then we could see a revival on the high street sooner rather than later.