2018 sees the Office for National Statistics (ONS) turn 60. This non-ministerial department of government is the executive office of the UK Statistics Authority. Over the years it has provided a barometer of change when it comes to the spending habits of Brits. This year, the ONS is marking its birthday by going right back to its origins and looking at just how much times have changed since it first started monitoring how we spend our cash. 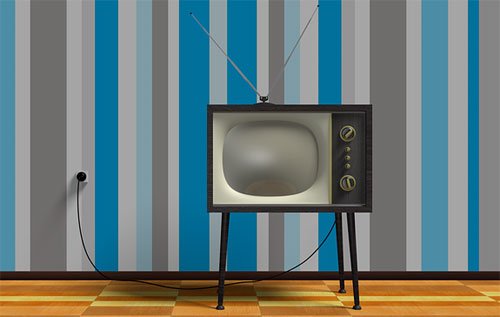 To celebrate 60 years of its Family Spending Survey, the ONS has made some comparisons between the way British families were spending when it first began and the way we’re spending now. In that time some 375,000 households have voluntarily provided information on their spending habits to the ONS, creating a picture of the way that families in this country spend their cash. Back in 1957 the world was a pretty different place to 2017/8. No one had mobile phones or the internet, we were pretty behind the curve on gender rights such as equal pay and you could still buy a house for around £10,000. Britain was also experiencing a period of full employment and rationing from World War Two had only come to an end three years before. So, the world was a very different place but how have things changed?

Homes and housing. Since 1957 we’ve gone through a property boom and house prices are the highest they have ever been – particularly when compared to average salaries. The homes we enjoy today are very different to those of 60 years ago when outside toilets were still common and many British houses didn’t have any central heating. While you could still buy a home in 1957 for £10,000 or less, today the average house price in the UK is £226,071. So, it’s not surprising that the ONS found an increase in the amount that families dedicate to housing costs from their weekly budgets – the proportion of total expenditure on housing has doubled in the past 60 years, from 9% to 18%.

Food and clothing. Back in 1957 Brits were still very much in a non-rationing mindset, as this had only ended three years previously. Fruit, sugar and meat were all fairly new to the British diet at this point and a much larger proportion of weekly spending went on enjoying them. In fact, the amount that British households spend on food has halved between 1957 and 2017. In those 60 years we’ve seen the proportion of total spending on food drop from 33% to 16%. The same is true of clothing, which used to account for 10% of weekly spend and in 2017 had dropped to 5%. You have to wonder whether if we’re spending so much less on food and clothes than we did 60 years ago, has the quality of what we’re getting dropped significantly too?

Health and wellness. If the consumption of alcohol and cigarettes are an indicator of how seriously Brits take their health then we’re doing better today than we were 60 years ago. Spending on tobacco, for example, accounted for 6% of household budgets in 1957 and in 2017 this was just 1%. Of course, all the research on the health risks of cigarettes has come in much more recent times so it’s probably not surprising that we were spending more on cigarettes then than we now spend on clothes. Surprisingly, alcohol consumption has stayed pretty much the same and we spend the same proportion of our weekly budgets on it now as we used to in 1957.

Many of the costs that eat further into our budgets today are easy to explain – for example we spend vastly more on transport today than we did in 1957. But, as more of us have cars, and as we tend to travel much more for work and leisure that’s perhaps not that surprising. We also spend a lot more on leisure and services as there simply weren’t that many options in terms of paid for leisure and entertainment 60 years ago.

From fashion, through to travel costs and food, spending habits have evolved significantly in the years since the ONS first began. And, given the revolutionary change we’ve seen during that time socially and politically, it makes you wonder what’s likely to happen in the next 60. Hopefully the ONS will be around to find out.